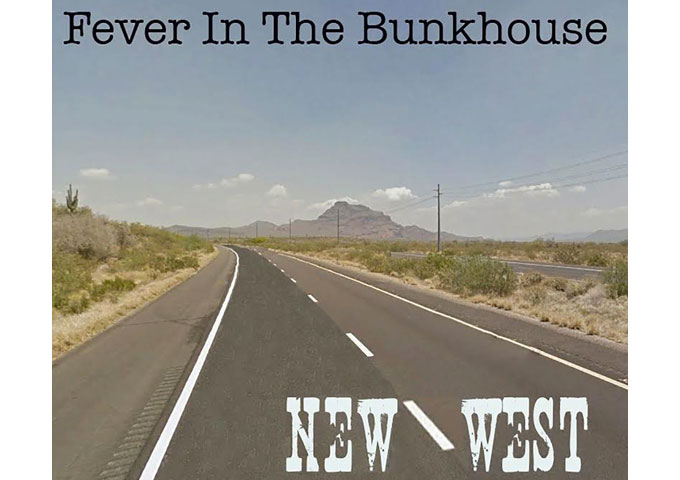 Fever in the Bunkhouse: “New West” – players with real chops and a healthy dose of inspiration!

The Fever in the Bunkhouse, promo notes read: “Percolating on the wild frontiers of Sapperton in the New Westminster, far west of the very far west, teetering on the Pacific coast, Fever in the Bunkhouse writes 20th Century blues-ish story-based songs of the New West, a twisted road map for the Recently Young and those about to be.” It’s difficult getting any closer to that in describing this band.

In the early Sixties, the prevailing wisdom was that the blues was music based on the shared experience of African Americans and that any attempt by any Caucasian to play the blues would pale in comparison. That myth has long since been debunked. Mediocrity is color blind, as is brilliance and any argument to the contrary is simply, academic.

Core members  Glenn Jones, Erich Rautenbach and Scott Bourgeois better known as Fever in the Bunkhouse, moves Caucasian-based blues right into the 21st Century with the release of their last 8-track album, “New West”, which is sprinkled with enough roots, alternative-rock and psychedelic flavors to make you sit up and take notice. It’s like a raw mashed-up blend of The Doors, Led Zeppelin, Muddy Waters and Bo Diddley on an acid trip.

Fever in the Bunkhouse has the sound of a matured band and their presentation is sophisticated. They never rush into it, each song is completely developed, with its own identity and purpose fulfilled. There is not a weak track on this album, and each song compliments the previous and subsequent tracks nicely, which is often the case with the best recordings. From the opening track, “Catch As Catch Can”, to the closing cover tune, “Black Dog”, this is intelligent music made by players with real chops and a healthy dose of inspiration.

In between, the musical menu leaves nothing to be desired, with standouts like “This Old World”, “God Told You To”, and “You’re To Blame” – each cut a polished stone that is easily savored again and again. The real gifts here are the bluesy soulful vocals and the tasteful guitar playing, which in blues-based music usually tends to be overwhelming. Not the case here. Fever in the Bunkhouse take the blues-rock genre and totally re-energize it…and they have a rollicking good-time doing it!