LATEST NEWS
GMT+2 02:13 AM
Home New Releases Vitne: “Jupiter” will captivate and draw you in 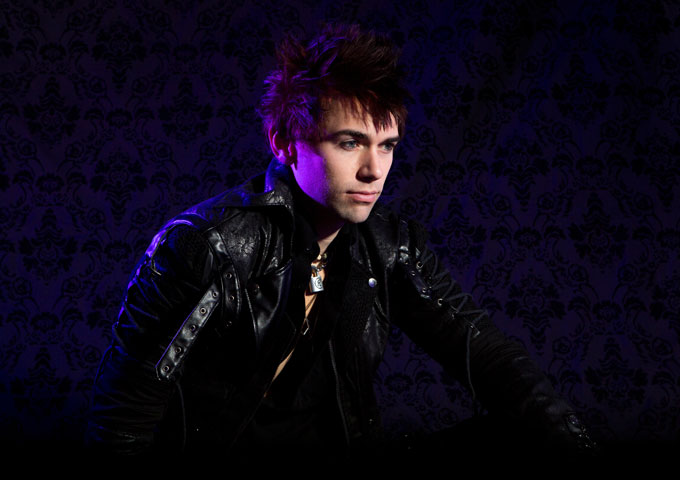 Vitne: “Jupiter” will captivate and draw you in

Vitne, born Joseph Kimbrell in Charleston, SC USA, began playing in punk rock bands at the age of 15, eventually co-founding the band Golden Palace in 2004. With Golden Palace, he honed his guitar playing, began songwriting and upon relocating to Norway in 2010, he polished his vocal skills as a singer in the underground sleaze rock scene of Oslo. During this time he met Julian Angel of the hair metal band Beautiful Beast and the two have been working closely ever since. In 2013 Kimbrell adopted the name Vitne (meaning “witness” in the Norwegian language), starting his solo career after his band activities were put on hold. Since embarking on his solo career, the rocker has released critically acclaimed albums, been nominated and has won various music awards.

Released during June of this year, the album “Jupiter” features the skills of Vitne (Lead vocals, backing vocals, electric and acoustic guitars, flute, synthesizer, piano), Julian Angel (Lead guitar), Nigel Rios (Drums) and Max Saidi (Drums on “Edge”). Vitne has never been one to surround himself with slouches. He knows how to really pick a quality line up of musicians and on his latest album, the band shines brighter than they ever have before. As a fan of Vitne since I first heard him in 2014, I have grown to love his mix of hard rock, glam and hair metal as well as Visual kei extravagances. 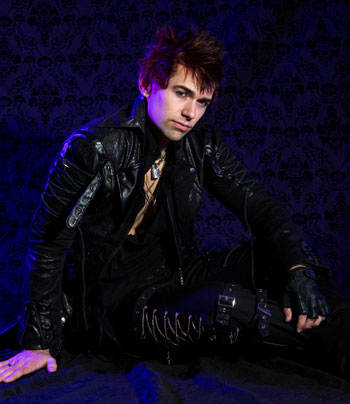 Though some may imagine this sound to be somewhat dated by way of the previous description, this couldn’t be far from the truth. Once you press play on the opening piano sequence, “Mirror”, you’ll discover the immensity of this recording and find yourself completely enjoying the hell out of this album.

Vitne has managed to create a perfect mix of what I loved about classic hard rock, as opposed to the corporate sounds of nu-metal. “Masquerade” opens with an infectious groove that had me nodding my head with a sheepish grin as I was totally loving what I was hearing. The groove was completely driven by the excellent drumming, the crunchy guitar riffs and Vitne’s melodic roar. “Lion” is a shining moment for the guitarists, but also a great example of why Vitne is great rock singer. The song is so anthemic and has such a nasty groove that your toes will curl up. This one’s great for live shows.

The harmony-filled rocker “Make Believe” leads to “Are You Real” and “Under The Moonlight”, which has to be one of Vitne’s best stripped down ballads ever. Vitne’s breathy, and emotional voice sounds delicate and very natural as it scales the octaves into falsetto and back, carrying the most poignantly subtle instrumental soundscape you could imagine on a rock record.

“Jupiter” is the perfect song for a quick recovery if you’re not into ballads, as it totally cooks and has a really great rocking vibe – Vitne continues to beautifully blend melody and layers of harmony with pure aggressive over-driven guitars. The vocals here once again confirm Vitne to be an absolute front-runner in his genre. “Edge” is an absolute album standout that will captivate and draw you in, with its ever evolving rhythms and constantly transforming vocal arrangement. The track is also imbued with a stunning guitar solo.

“Far Away” is yet another piano based ballad. The passion and longing in Vitne’s voice shows a man that has said good-bye more than a few times in his life. This just may be his greatest vocal delivery as it made the hair on my arms stand up. He sounds so connected on this song that it obviously means a lot to him and as a listener, I can feel it as well. “Say Goodbye” once again showcases the unstoppable drums and screaming guitars, and works really well as a closing track for ending on a high note.

The album “Jupiter” is yet another surprise that I was not prepared for. This is a great testament to the fact that Vitne is far from running out of ideas. He has managed to artistically and creatively revive himself after a 4 year break from recording, by surrounding himself with stellar players and putting out an album of really well-written and well-executed songs.

Any rock fan will find that this album is a fantastic listening experience. I can’t think of any artist out there right now that does what Vitne does. Hence he is not only brilliant, but a rare rock treat to be cherished indeed. I can guarantee that this album will be getting multiple spins, without a doubt!