Nathan Riese – “Hallucinatory” is smothered in slivers of electronic genius

Posted By: Jacob AidenPosted date: May 12, 2020in: New ReleasesNo Comments

Nathan Riese is an 18 year old singer, rapper, and producer from Fort Worth, Texas. He has been making music since he was 12 years old. A couple of months ago Nathan dropped his 11 track album/mixtape entitled “Hallucinatory”. This is a great place to be introduced to the talents of this artist, as it showcases most of the tools in his skillset, while at the same time exploring various styles and genres. Very few new wave rappers actually manage to provide an interesting sound outside of their artsy aesthetics, but Nathan Riese is a general exception. His otherworldly production and multiple cadences accentuate the eclectic flavor that dominates his work. On minute his rolling out bars, the next his tied up in mellifluous croon. His music is awash with harmony and melody and a substantial layer of atmosphere.

The sounds on “Hallucinatory” are smothered in slivers of electronic genius, where expanding synths, slapping percussion and a series of edgy vocal effects embellish each track. Nathan Riese is making some of his most interesting and unique music ever.

Nathan is overflowing with a strange charisma that manifests itself through off-the-wall flows, voice bending choruses, and song structures that flirt with alternative rap. Nathan articulates his thoughts in ways that only he could. He doesn’t fit in with your typical cast of urban artists, as he is a forward thinker who stands out no matter which crowd you compare him to.

The album kicks off with a spoken word intro drawn over a hazy synth backdrop, but its “Psychedelics” which gives us our first taste of Nathan Riese’s nebulous electro-groove drowned in a slow-burn of cascading keys. His voice is airy and melodic as it floats across the soundscape.

Moving forward, the blend of trip-hop, rap, and R&B flavors, meander and expand across the album, sometimes leaning move towards one genre, and then towards another. In between, Nathan Riese weaves and threads his cryptic narratives within gentle but persuasive tones. 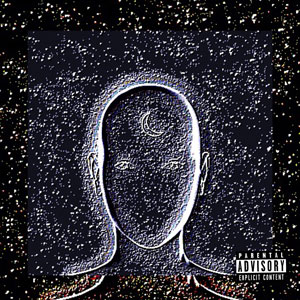 “Wild Night” (Feat.KIDD) and “Pt 2 (In My Room)”, being standout examples of this aesthetic, as Nathan exclaims: “I was trippin in my room. Psychedelics in my room. Look at what you really do. I just try to keep it cool.” Nathan Riese is triple-threat rolled in to one creative artist.

Nathan conveys a warm, deep core throughout the record earning it immediate authenticity. “In My Dreams 2020” delivers a throbbing futuristic electro production, as does “It Doesn’t Matter”. This latter track thrives on a captivating melody and a slow head-nodding beat.

This is one of favorites.  “Spaceship” continues Nathan’s head trip into the unknown, as arpeggiated keys and a throbbing bassline keep him company. Twisted vocoder effects usher in the ethereal “My Mind” (ft.Lauren), where the top tier vocal arrangements truly stand out. The album closes with the booming 808s of “Oh My God”, and some more delicious vocal stylings from Nathan.

“Hallucinatory” clearly has substance. Its eleven tracks stand strong in today’s cross-genre Alt/R&B/Rap/Trap market. Here Nathan Riese shows equal force both in his creative song-writing ability and talent as a vocalist. This combination, as well as his superb sound production, allows him to switch between singing and rapping, all while keeping an audience intrigued with his content and the mind-expanding tale he has to tell.