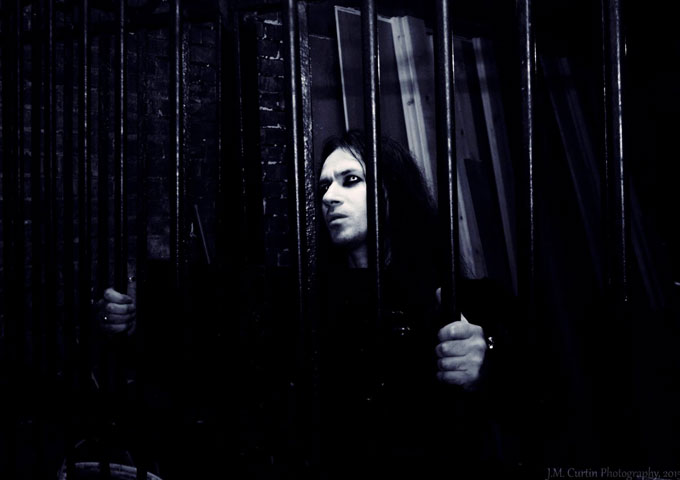 Posted By: Rick JammPosted date: May 04, 2016in: New ReleasesNo Comments

The most striking thing about Third Realm is their masterful consistency- “Psychosis” is a testament to what an album should sound like in execution. The songs stand apart well enough to be memorable as individual pieces but are cohesive enough to make the whole satisfying and coherent. And the songs themselves are all fantastic. In a true display of this original band’s talent and skill, they manage to make brooding lyrical subjects into beautiful darkwave songs.  Brilliantly insightful and glorious, this recording is just one of those ‘essential’ albums. 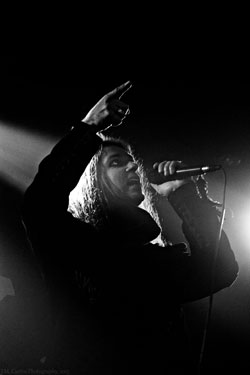 Intricate orchestration, fantastic chord progressions, an apparently new style of composition, with intricate melodies and rhythms, and the cemetery vocals of Nathan Reiner (Lead Vocals, Producer, Songwriter), along with the help of Mike Reiner (Drums, Sampler), come together with pristine mixing and production, culminating in a totally cohesive, outside the box journey, through possibilities in electro industrial music. Third Realm is easy enough on today’s ears that any layman should enjoy it thoroughly, yet complex enough to tickle the finely tuned senses of any musician and darkwave lover.

Majestically crushing, and unrepentantly dark and morose- this is a truly unique and self-dissolving piece of music. You completely lose yourself into it. As the grand dukes of crushing spaciousness, from the moment the first track, “Dance Like You Wanna Die”, kicks off, Third Realm kick ass. “Mental State” doesn’t burst forth from your speakers so much as it oozes out, a primordial industrial sludge that’s almost unspeakably relentless in its pummeling. It’s all about mixing atmosphere with technicality and heaviness with complexity, but Third Realm accomplish their goals so well on this album that it’s hard to find any issue.

There are catchy melodies to be found, concrete song structures you can grab onto, as well as collages of regular and impenetrable beats. The ponderous bass and drum patterns are all twisted and distorted into rhythms and song structures that are simply hypnotizing and at times perfectly foreboding. 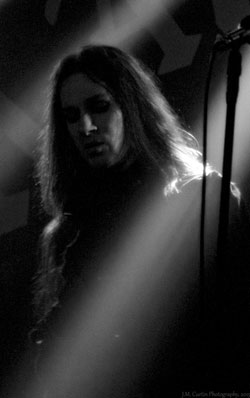 Nathan Reiner vocals move from deep-voiced echoes to scorched-earth growls, calculated for maximum effect. “Psychosis” is something new, something more complex, something greater. It’s not just aggressive and scathing, but dreamlike and hypnotic.

On songs like, “Withered Flowers (Weeping Thoughts)”, “The Rule of Three”, “Devotion (feat. Hana Piranha)”, “December” and “Epiphany of a Soul” (possibly their best song to date for me),  Nathan and Mike Rainer have taken all their experiences from previous projects, from previous Third Realm albums, and torn it apart, rebuilt it, and given us various masterpieces instead of a recycled sound.

The elaborate textures of sounds and rhythms characteristic of this band; the mixture of stream-of-consciousness singing; the hybrid synths, punching drums and noisy motifs; they’re all in there. However, rather than any one element or even collection of elements, I think it’s the intricate dynamics with which the layers of sounds have been mixed that results in a listening experience that gives Third Realm a newer dimension to add to those they already possess.

It may be too early to say, but so far, I have found the album to be deeply satisfying.  I think Third Realm have managed to put out another album with its own style, substance, and a level of technical mastery that exceedingly few bands ever achieve in this genre anymore.