Spencer Hamilton, on guitar and lead vocals, started the Local Man Dies project back in 2017, as a recording experiment. But after playing together since June 2019, the venture has evolved into a fully-fledged outfit that includes John Wasson on drums and harmony vocals, Jonny Muhl on guitar and harmony vocals, and Jamie Stafford on bass. The name, Local Man Dies, is meant to be a tongue-in-cheek headline, explains the band: “The idea came from the notion of making something memorable to pass on when we’re gone from the world, and for future generations to look back on as a musical heirloom of sorts.” The band, as a four-piece unit, officially kick off their campaign with the single “Cilice”, which will eventually lead to their EP release in 2020.

The single “Cilice” was written about a year ago by Spencer Hamilton, and was meant for a Halloween 2018 release, but never made the deadline. Now with the full band at hand, Local Man Dies reworked the song and got it released in time for Halloween 2019.

“Cilice”, explained the band, is a song about a man who becomes a werewolf, and the struggle between his loss of inhibitions and the consequences that come with that, upon his transformation. The track’s title alludes to the wolf’s hide as the scratchy hair shirt, known as cilice, worn as a self-imposed punishment or penance. 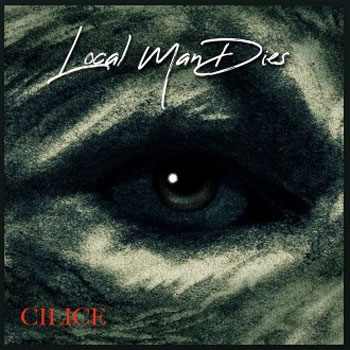 This is the kind of music that somehow gets you pumped and mellowed out at the same time. The drums and guitars are distinct and have their own character; the same with every other instrument in the song. On repeated play through you can hear different parts of the song stand out and it’s a new experience following the path of each individual instrument.

The vocals and lyrics are impacting and eloquent.  This is truly music you can listen to on repeat for days and it will still be fresh and exciting. I think one of the ways it shines is the way Local Man Dies pull all the elements out of the complexity of the song.

The song builds to emotional hard hitting drops, while the prime storytelling sticks to the momentum of the beat. Low tones flow smoothly until they are harshly interrupted by the intensely paced, higher pitched soaring bridges and choruses – much like the brusque transformation from man to werewolf.

Earnest writing and exquisite scoring, avoid the pitfalls of forced melodrama. Sonically, “Cilice” highlights the individual skill of each band member, which is used to devastating effect. Local Man Dies’ incredible nuanced writing and playing is on full display here.

The song is warm and mesmerizing, with an incredibly heartrending melody and subtly complex lyrics. The track manages to take everything that is wonderful about the band and condense it into one single track. “Cilice” is not just something you hear – it is something you feel.

Regardless of the high-minded conceptual narrative, “Cilice” cuts an infectious musical arrangement and floatingly euphoric vibrations. Local Man Dies have absolutely proven themselves to be so much more than I had hoped for.