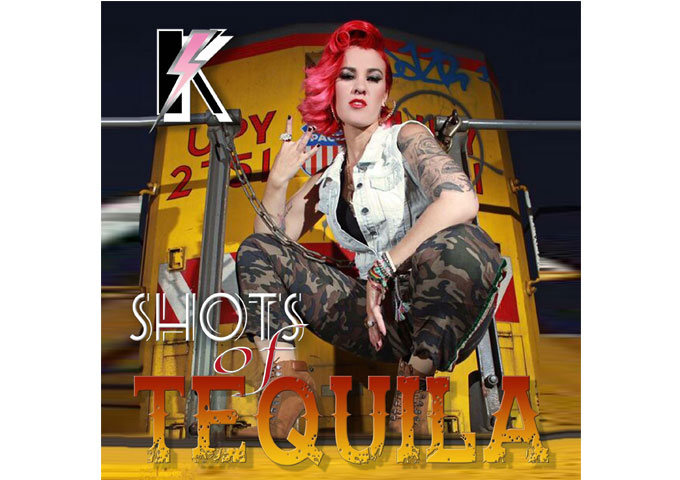 KELLSA: “Shots of Tequila” – reggae music with a hybrid soul!

Following her dream of becoming a pop-rock reggae star, Brazilian native, KELLSA, has been traveling the world sharing and making music since 2004. KELLSA even brought her talents to the United States and linked up with Orange County locals, The Bredren. Since then, KELLSA has branched out to focus on her solo career and her debut album titled, “Kellsa on Fyah”. She has just released the single, “Shots of Tequila”, taken from the same album. The single is also supported by music video.

This is it folks. It doesn’t get any more obvious than this one. The track “Shots of Tequila” is a keeper, and the arrangement and production is first rate, while mastering is quite crisp and clear. This is the one reggae artist that branches into a million parts, and allows you a broad introduction into a truly original and exciting crossover of genres. Give it a few days, and you’ll be converted and searching for the album by KELLSA. In American culture, where reggae starts and ends with Bob Marley and his copy-cat sons, “Shots of Tequila” is a record that gets your feet wet and gives you a better understanding of the many styles and voices that make reggae the inventive, infectious, rhythmic style it is.

Especially when crossed with pop, rock and other influences that KELLSA injects into her own brand. Add that to the fact that this sexy, almost Pink lookalike, is a solid package of sweet eye-candy, and the formula seems like a winning one – pretty girl, beautiful music!

“Shots of Tequila” is music with a hybrid soul that fluctuates and integrates the patois of the streets as well as the dance floors. KELLSA’s music is the best of both worlds with a highly polished sound.  Anyone can crank out funky fluff with a drum machine and lay down some synthesizer skank on top.

KELLSA is capable of much more and on this recording she proves it. She comes around the curve of pop music with a different added flair this time. She’s funky, she’s real and she knows how to set fyah to her joint!