Hiphop artist 6’6 has released several mixtapes in his short stint as an artist; however, he will finally be set to debut his first official album entitled “Unapologetic” with Game Spittin Entertainment. 6’6 comes out the gates running with the highly anticipated single, “Go Girl” featuring Joe Jack, the mastermind behind Game Spittin Entertainment, and produced by Gummy Beatz. 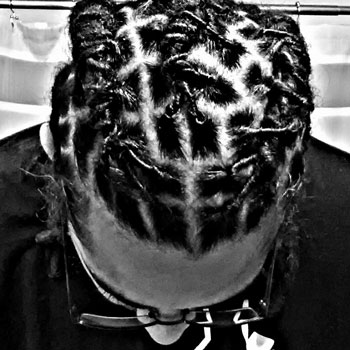 Make no mistake: it’s all gangsta business with “Go Girl”. Women, sex and the good life are par for the course here. The thing that stands out about this record is its crazy-great production values. The beat is thick, the drums stalk and wind through the track, and 6’6’s delivery is downright dark in spots and totally off the wall. Much like his track’s feature artist, Joe Jack, 6’6 is one of the most original artists on the hip-hop scene today with his oblique lyrics and twisted rhymes.

What’s so admirable about 6’6 is that when he raps (or spits, as Game Spittin Entertainment prefers to describe it), he never tries to impress anybody. With his voice, social, and in this case sexual commentary, and wicked on-and-off again flow, you can feel him and believe him, unlike many of the icy, studio gangsta rappers around today.  This release demonstrates 6’6’s growth in the game and he clearly shows that he has matured in many ways. He ranks high on my list of favorite rappers, and without a doubt, holds his own with a commanding mic presence, and a helluva dope raspy rap voice too.

Joe Jack does a good job of keeping it real, bringing in a verse that only strengthens this track.  He shows off his great spitting skills and experience. While most rappers scramble to remain relevant in a genre that seems to get younger every year, Joe Jack together with 6’6 come harder than ever with “Go Girl”.  6’6 possesses the vigor and passion and appears to have lyrically evolved into a compelling artist ready to tear up the scene with his upcoming album, “Unapologetic”.