Richard is a multiple-award-winning artist and a member of the Independent Country Music Hall of Fame, who has appeared on WSM Radio Nashville, RFD TV, and countless other media outlets.  He is also the host of “Traditionally Lynch,” airing on TV and radio, and he’s the founder of the Love Tattoo Foundation for veterans.

Richard Lynch:  I would be building, working construction, I have built several barns and framed houses over the years.  I still work construction, mostly barn work today.   I would either be treasure hunting (metal detecting) or fishing if I could.

Richard Lynch: I would be the Bull of the Woods!  (That’s from an old Merle Haggard/Leona Williams song)

Richard Lynch:  I have been asked about the funniest moment while out on the road, which was when we left the keyboard player in the women’s restroom at a gas station

Richard Lynch:  I like my songs that I have composed that are not only a good song but something that can be beneficial to others, of which I have several songs that have become anthems for different folks.  Like:  Love Tattoo, Worth Saving, The Old Feed Store, We’re American Proud………….If I had to choose probably We’re American Proud. 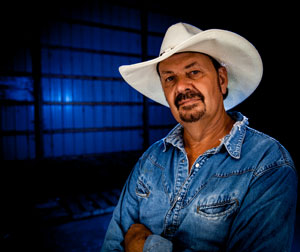 Richard Lynch:  To record with George Strait or Alan Jackson would be the ultimate dream.  I have gotten to collaborate with several of my country music heroes such as David Frizzell, Ronnie McDowell and Rhonda Vincent, we are planning to collaborate with Leona Williams in the near future.  This has been an honor for me.

Richard Lynch: That I have always written and performed traditional country music, and stayed true to my roots.

Richard Lynch: You have to work at and learn how to write good compositions, I started out at a very young writing songs and it has taken a lot of experience and practice to improve my compositions to a quality outcome.  Not to mention listening to and learning from better more diverse writers.

Richard Lynch:  Yes! I could learn the fourth chord! LOL!

I am always trying to learn as a musician and collaborating with the folks I have been recording with has challenged, pushed me to improve and be on the top of my game

Richard Lynch:   I got into a fight with another musician trying to sabotage my equipment, but I didn’t get into trouble.  I just stand up for myself and my band and take care of business.

Richard Lynch:  We’re American Proud is a fine example of my political beliefs.  As a rule I sing songs I like but I do portray my faith and beliefs in everything I do.

Richard Lynch: My wife, my farm, my guitar, my daughter and grandkids. Maybe sweet tea 😊

Richard Lynch: Don’t take no for an answer!

Richard Lynch: in all those situations She’s Got Me Drinking Again works, except I do not do Karaoke! 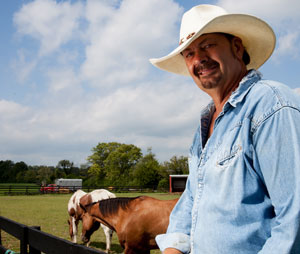 Richard Lynch: Any artist who reveres true traditional country music, I would want to open up for!

Richard Lynch: I have no personal relationship with new technology, like those items mentioned.   My only relationship is that I sing about them….I have a song Cut and Paste about modern day technology.    My wife and management team handle all my technology

Richard Lynch: I should have continued songwriting that I had started at a young age but then gave up for a period time.  I am writing again, enjoying it immensely and coming up with some good songs I enjoy performing.

Richard Lynch: I think videos of songs are very important in depicting the story in the songs. Music videos have helped spread my music to new fans as people really like to share good videos on social media.   I would recommend our latest video…The Old Feed Store.

Richard Lynch: Our barn is my favorite!

Richard Lynch: Focusing on traditional country music wherever I can share my music.