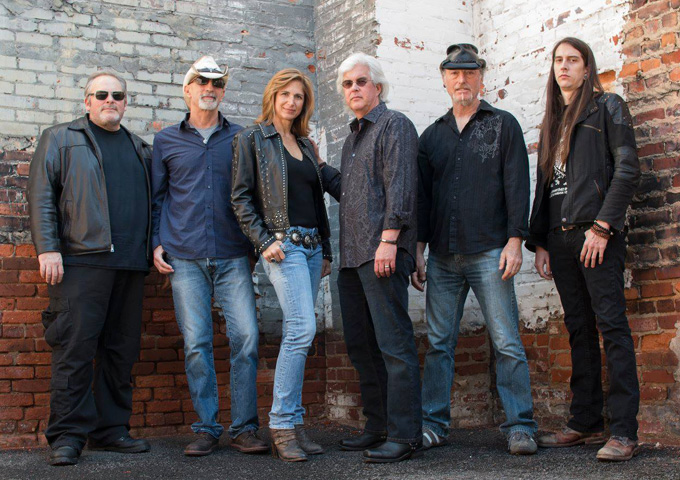 Russ Still & The Moonshiners formed their roots in Atlanta, Georgia. The six-piece outfit consists of front man Russ Still (vocals, guitar), Cam Still (keys), Ben Still (guitar, vocals), Ed Usher (bass, vocals), Mitch Flanders (drums, vocals) and Roddey Phipps (guitar). Call this band country, or country-rock, or Southern Rock, or whatever you like, but they make simply great music. The songs on their latest album “Bootleg (Batch 432)” pack a punch with outstanding musicianship, and soothe the soul with sweet melodies and intelligent lyrics. Few groups nowadays can combine lyrical depth with musical prowess and still pump out sing-able, relatable tunes, but Russ Still & The Moonshiners excel at all. They’ve got a grounded spirit and a positive attitude, as well as songs filled with passion and unbridled energy. I’ll take that into my collection for sure.

At the hazard of sounding like some hipster-cowboy, these guys bring Americana roots-based music back to where it should be; meaningful and skillfully delivered, and not afraid to cross the genre boundaries between rock and country. A broad range of styles and motifs are provided in this album; but there are constants: fine musical performances, great recording quality, potent lyrics, and almost nothing which is dull, lame, or canned.

Running through their catalog, it’s clear that the band are becoming increasingly prolific and relentlessly excellent since their outset, and “Bootleg (Batch 432)” puts a seal on this statement.

“Bootleg (Batch 432)” adds to their body of work with another set of songs essentially hewn from the southern bedrock of Georgia, but soaks up influences from various genres to create a multi-faceted, highly polished, deeply impressive offering.

Jumping out of the speakers first up is the crawling “No Stars”, powered on a clean, detuned, shuffling riff and some hum-along harmonies.  The melodious vocals and jangling guitars are further pursued on “Waiting”. Russ Still’s voice is a crystalline thing of piercing clarity, hitting an emotional pitch here.

The riff-heavy rolling swagger of “Monkey See” is another to stand out, where the drums are thoroughly spanked under the guitar boogie and plucked bass lines. The guitar solo is cool too.

The heavier sound flirted with on the previous track gives way to another mid-tempo melody-fest like “99%”, which simmers and soars before giving way to some tasty guitar interludes. Then it’s back to the overdriven guitar grind on the up-tempo rocker “Money” which stokes up a fine chorus. The country roots remain solid too.

“It’s Hard” features a classic aching lyric and a fair dose of boot-tapping country swing. At this point, Russ Still & The Moonshiners sound like they are just a couple of tunes away from recording a monster album. And then come along two absolute album standouts to close the deal in “House Is Burnin’” and “Line In The Sand”.

The first track shows off Russ Still & The Moonshiners’ edgy rockier side, while the latter confirms their mellifluous country roots. There couldn’t be two better back-to-back tracks to display the bands genre-reach and versatility.

Unexpectedly, in a musical landscape populated by electronic beats and artists who are more technicians than they are musicians, sitting comfortably in their bedrooms in front of laptops and loops, maybe Russ Still & The Moonshiners is the real musical alternative for 2019.