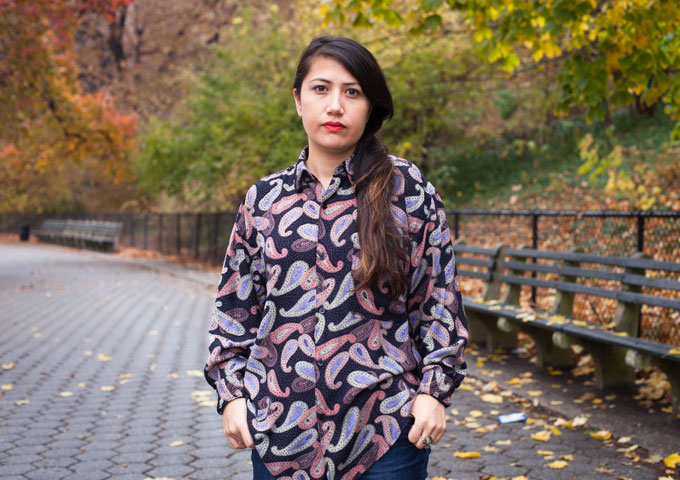 The release of the Stigma-Style EP by Rosa Bordallo, artistically known as Manett, is the result of writing and recording during whatever moments she could steal away from her office job. If you have never heard of Manett, but like mysterious, sultry, and deep music, running the gamut from acoustic guitar with female voice, ranging to psychedelic lo-fi with electronic interludes, then probably this is for you. Manett’s voice is tremulous, fragile and pure, and regardless of the lyrical content, seems to hold simultaneously the promise of eternal beauty and eternal sadness. She is quite wonderful. I keep listening to “A New View”, “The Birds (for Pablo)” and “Treehouse” and I never get enough of these exquisitely haunting songs. The multi-faceted, interwoven melodies transport the listener deep within one’s subconscious.

The Stigma-Style EP is great for someone who wants to listen to something simple yet profound; someone “soul searching”. It is great to listen to anytime of the day or night, with company or alone. It has the same exotic and calming effect of burning incense or fragranced candles!

The songs force you to think and feel about what is being said, and what is being played. It is an Ep of feeling and texture, easier to listen to, than to describe. Once you have played through these 3 songs, especially my favorite, “A New View”, you come away with a deeper understanding of how music can affect people emotionally and spiritually.

Mesmerizing, mystical and enchanting, the music, the voice, and the impact of the Stigma-Style EP will take you somewhere profound. It always seems to uplift the soul in a raw, organic fashion – no matter how slow or rhythmical it moves!

Rosa Bordallo descended from the indigenous people of the Mariana Islands, who after contact with American, Spanish, Filipino, Mexican, and various other conquerors, colonizers, and the subsequent effects of experiencing those traditions, became known as Chamorro. After becoming restless on the island, she moved to New York City to attend film school at the age of nineteen. Months after arriving, she responded to a classified ad from a group looking for a backup singer and rhythm guitarist. This began her stint in the Brooklyn band Cholo. They went on to record four albums together. Spin Magazine eventually referred to their music as having “deceptively catchy hooks and thorny runs” that get “caught in your eardrums like branches in your hair.” In 2012, with the help of Mark Ospovat of Emandee Studio, Rosa released her debut album, The Sea Urchin. She chose to record and perform under the name Manett, a reference to her maternal grandfather, Manuel, whose Chamorro pronunciation sounds much like “Manett.”