LATEST NEWS
GMT+2 03:08 AM
Home New Releases The Flo is gradually cementing his status, one thought-provoking track at a time! 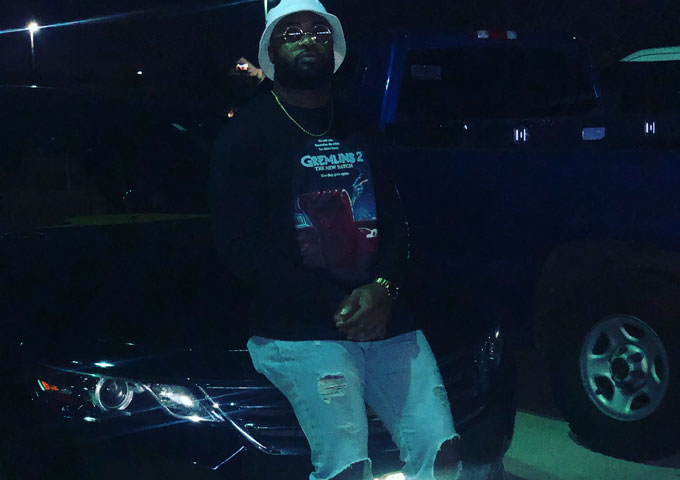 The Flo is gradually cementing his status, one thought-provoking track at a time!

“I’m Me” is the latest single from artist The Flo. With each passing project, the rapper has proven himself to be arguably one of the smartest storytellers out there at the moment. Not an easy title to claim considering some of his storytelling peers. There’s a lot of expectations that come with being cut from a similar cloth as those legends. But The Flo lives up to the claim on his latest track, flowing in a rapid-fire stream of consciousness.  In an era of hip-hop largely defined by immediacy and fueled by hedonism, The Flo is a refreshing contradiction — gradually cementing his status, one thought-provoking track at a time.

When speaking on flow, The Flo is an artist that needs to be considered in the conversation. His flows on his songs are easily their most consistent feature. His unique deep gritty tone of voice combined with his gift for riding beats, and then soaring into melodic song, make for a very satisfying listen. This is the ear-catching double-threat delivered on the slow-burn of “New Feel”, as the The Flo switches between edgy raps and soulful croons.

“Southern Hospitality” delivers a similar template of groovy sing-song rap, spiced up with plenty of venomous spitting. The Flo has steadily grown more philosophical and musically ambitious with each release.

His poetic lyricism and ability to ride any beat has given him free reign to push both musical and conceptual boundaries. Characteristically, The Flo doesn’t hesitate to explore his perspective on any topic or musical theme, offering tasteful and well thought-out meditations.

From a production standpoint, the old school groove of “Day Dreamin” is an impeccable jam. The track sounds carefully tailored to The Flo’s resonating voice and is cohesive in context. Most of The Flo’s verses and hooks are outright mind-boggling. His wordplay and lyrical themes are fleshed out, giving each line and extended metaphor more impact.

The Flo’s singing voice can carry his songs by itself, if wanted it to, and this is most evident on the soulful bounce of “High On Life”. The singer-rapper makes it easy to absorb his words as he spreads them over a blend of mellow, but dynamic piano-dominated sounds.

His delivery comes across as if he’s inviting you into a deep conversation. Despite all the ear-warming melody and smooth flows, lyricism is the dominant foundational factor in hip-hop music. The Flo understands this perfectly.

Regardless of your familiarity with The Flo, I cannot stress enough that you should listen to these tracks repeatedly. They are rare crossover gems that are both incredibly substantive and highly replayable. The Flo’s best tunes arrive loaded, and shine to the highest degree, behind his compelling and commanding baritone.

The Flo delivers the thinking person’s take on modern crossover urban music; it’s loose and breezy, while still being dense and thoughtful. Should you end up keen on digging just a little deeper, you’ll find that the scope of The Flo’s artistry is broad, and will present you with lots content to digest.