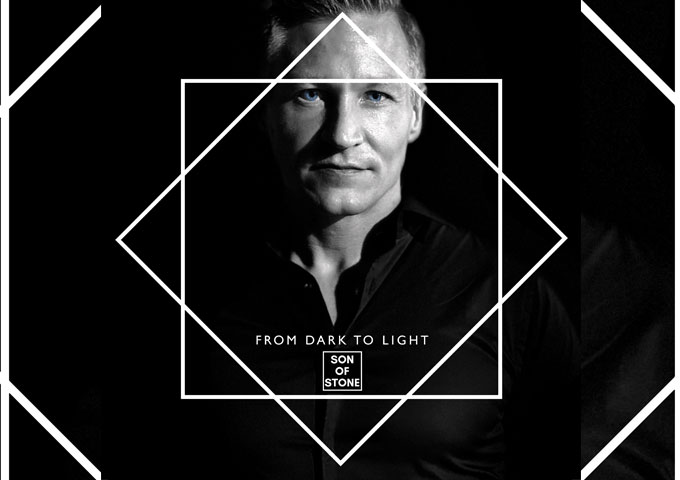 Son of Stone – “From dark to light” – perfect, uninterrupted bliss!

“Fueled but scarred by broken relationships, working too much and personal tragedies,” is what drives Son of Stone (SoS) to deliver heartfelt Seattle rock version 2.0, as a way to get back into life again. A “silicon valley tech guy”, who has worked at/with ex Microsoft, Nokia, Apple, Google, Amazon etc., SoS has been part of making many products and features that billions of people use every day in their phones, computers, and headphones etc. Since embarking on a music career, Son of Stone – who takes his moniker from his dad’s name, “Stone” – has already released 3 albums. His latest being, “From dark to light” (Released July-10- 2020). One of the best parts of this album is the diversity of each song, making the recording interesting to listen to, rather than sounding like one long song stuck on repeat. The album’s greatest highlights, are the ones that drench Son of Stone’s melodic instincts in rocket fuel.

After the thundering opening of the bone-crushing “When I Bring Things On”, the album runs a stunning sequence of power-rock anthems like, “Blond To The Bone”, “Here We Go” and “Slicon Valley”. These songs are so tightly constructed that they seems to clench with more and more tension until they explode into total euphoria.

From there we get the dynamic “Jackpot” and the pulsing, pounding harmonies of “How I Write Songs”. Moving on, we encounter “Always 25”, on which an old arena rock sound resurfaces only to be upended by one of Son of Stone’s unmistakably catchy choruses.

This takes us to the adrenaline pumping fury of “Give Me All You Got”, a driven rock n’ roll exercise that will wake up your senses in a big way. Finally we get to “One Hit Wonder Song” a true alt-rock classic, boasting memorable guitar and drum work, a hook for the ages, and emotional firepower. There’s no denying that it’s a damn good rock song. The greatness of the album, “From dark to light”, starts as it should, with the songwriting. SoS turns out uplifting chord progressions, banging rhythms and thick layers of ear-busting choruses.

Moreover, Son of Stone sings in full-roar mode, invoking the sort of high that comes from perfect, uninterrupted bliss. In a live setting, these unforgettable songs speak toward those experiences that usually cement bands in the audience’s mind.

Even beyond those aforementioned elements, there is a sort of sonic universality that makes “From dark to light” such a repeat-listenable sort of album. Triumphant guitar riffs and catchy melodies permeate every song.

And then there is the highly structured songwriting which will essentially redeem your faith in alternative rock. If you want super-charged alt-rock, then you should definitely get “From dark to light”. It is a must have album for any fan of rock.

The album houses some of the best Son of Stone songs to date, which is why you owe it to yourself to go out and listen to “From dark to light”, if you haven’t done so already.