LATEST NEWS
GMT+2 15:25 PM
Home New Releases Ray Ray of Smoke One ENT: “Hellaween 2” is a deep album that touches on the dark side! 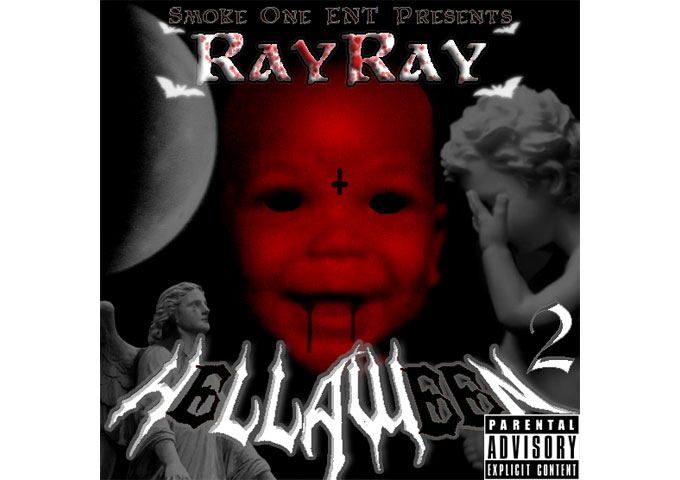 Ray Ray of Smoke One ENT: “Hellaween 2” is a deep album that touches on the dark side!

Ray Ray of Smoke One ENT displays unbelievable talent and strength in his “Hellaween 2” EP. His hunger for fortune and fame has obviously pushed him to be the best he can be. His flows are incredible; his style is unique and original. He is very much aware of the direction that rap is heading and will stop at nothing to change it into what it was made to be in the first place. 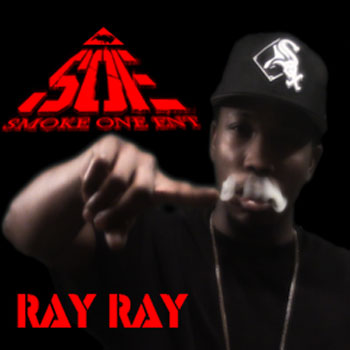 Ray Ray of Smoke One ENT is an anomaly. He is smart, talented, and insightful. His music has meaning behind it and he has the tremendous talent to deliver it. Ray Ray as far as I’m concerned is progressing as an artist, expanding his horizons as a lyricist and still keeping his fire-breathing lyrics 100% pure.

I just listened to this top to bottom and it’s solid. It’s very Ray Ray of Smoke One ENT, in that it’s very dark sounding and has a lot of melodic hook, with enough variety to keep you involved and if you put these songs on a playlist with other songs and hit random then you’ll see that every song holds its own. Lyrically, this dude is just way ahead of the curve and it’s going to be another decade before people get this. Ray Ray shows every rapper old and new how it should be done on this 9-track EP.

I’ve been a Ray Ray of Smoke One ENT fan for since 2013 and I can honestly say that he’s one of my favorite Hiphop artists hands down. It seems like with each release and the older he gets the better and more refined he becomes. “Hellaween 2” features Locodunit of Seed of 6ix, Saxston, Stoopid Gutta of SOE, Rebelyus, Dr3bo of MNG, Teflon Dollar of Jerk City Mu$ic, Koopsta Knicca of Da Mafia 6ix (RIP), Razekel of SKR, & Shini Madara of SOE, Smoke Da Donna of SOE, including beats by Carnage and Ray Ray, himself. 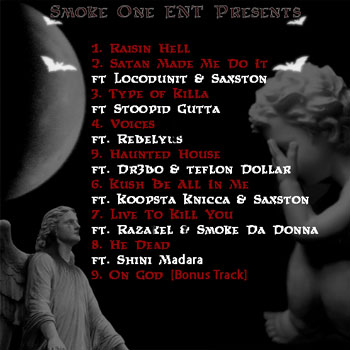 “Hellaween 2” is a deep album that touches on the dark side of Ray Ray of Smoke One ENT. It starts with the powerful “Raisin Hell (Prod. by Carnage)”, and then switches into “Satan Made Me Do It ft. Locodunit & Saxston (Prod. by Carnage)”, which certainly contains some of the most off-the-wall themes I’ve ever heard, which is why a lot of the music community will be freaked-out by him and his cadre of like-minded artists. Ray Ray of Smoke One ENT, sings about the stuff that scares us the most deep down inside.

With the release of “Hellaween 2”, Ray Ray of Smoke One ENT once again, has come with yet another innovative album, addressing topics his peers wouldn’t dare touch, let alone understand!