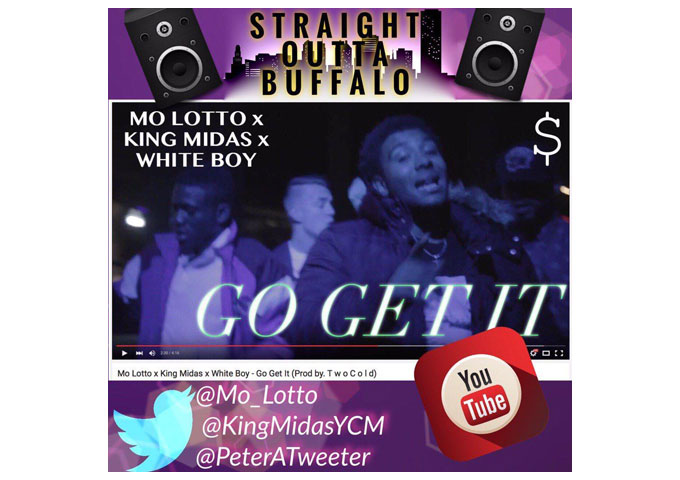 Buffalo original, King Midas, formerly known as King Unicorn, has teamed up with Mo Lotto and White Boy on the track “Go Get It” Prod by T w o C o l d. As the title indicates, this song is not for the weak at heart and the music is unadulterated underground. 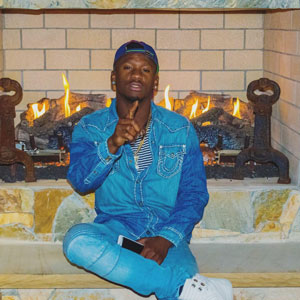 Every rapper today, screams into the mic, sonically trashes the beats up in the studio and generally tries to scare people on the street into looking the other way when they pass them, but Mo Lotto x King Midas x White Boy have a totally different, imprint-it-in-your-head rap mentality. They entice and entrap you with a smooth, but constant and mesmerizing rapping style which is supported by a minimal bass driven beat. The whole thing works perfectly.

Mo Lotto x King Midas x White Boy turbo-drive their flow until it worms its way into your head.  Few groups have captured the marriage of pure old-school simplicity and new school angst that these dudes have in spades here. The flow and verbosity is dense and tight with no-one trying to outdo another, which further gels the entire project. 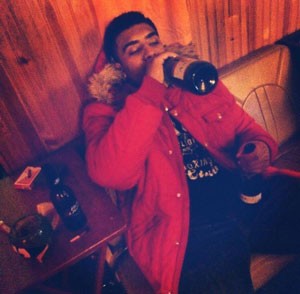 The beat though sparse is one of those that hit home, it goes to your head and you don’t even notice the different instruments on the first listen, just the beat as a whole, and it is a great one. The second time around, you just can’t believe how you missed picking up the fact the instruments take turns in dominantly supporting the verses, switching between keys, bass and drums.

Every time I listen to this track, it gets a little better. Every time I notice something different whether lyrically, or musically. This is the sign of an interestingly good track. Non-commercial and not trying to do anything groundbreaking, T w o C o l d simply deliver a no-nonsense beat that fits Mo Lotto x King Midas x White Boy’s lyrical fist like a glove.  Together the three add a really interesting and distinctive feeling to “Go Get It”.