LATEST NEWS
GMT+2 01:38 AM
Home New Releases Jas Frank & the Intoits – “In Early Mornings” – the intricacies of an abusive relationship 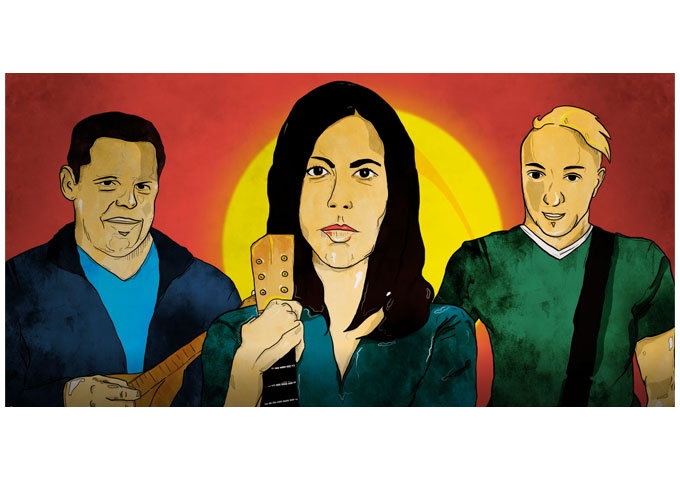 Jas Frank & the Intoits’ debut album “The Girl from Cherry Valley” was unquestionably one of my favorite albums, which I initially heard at the beginning of February 2019. It gave me something I felt like I’d been missing for so long from the music scene. Finally here was an album woven not just of sounds, but of stories, one that felt intimate and visceral, that made me nostalgic for something I couldn’t even quite articulate, but something that left me aching and wistful all the same. Jas Frank & the Intoits have developed to be a progressively excellent band, one who embraces the old, broken down spirit of rock n’ roll and utilizes the technologies of electronics. Moving from luscious intimate production to more jangly rhythmic excursions, overall, the album was musically focused with a strong sense of lyrical clarity throughout.

Now from that same album, Jas Frank & the Intoits have released the single “In Early Mornings” alongside an accompanying music video. Described as “an attempt to portray the complexities and the intricacies of an abusive relationship,” the video for the song was released on November 25, the International Day for the Elimination of Violence against Women.

Jas Frank & the Intoits – a music project from Croatia, comprised of Jas Frank, Marko Gacina and Slaven Bolanca – make their message clear right from the opening verse: “In early mornings, when the town’s still asleep. You’re ignoring that you’re in way too deep. You find excuses for the man. Although you don’t know will you make it through another day.”

Striking a dark, rich and deep tone, this is where the band excels, within a tragic song that simmers and burns on an almost playful beat. It is exactly this contradiction between the lighthearted bouncy musical backdrop, the soft and sweet engaging melody, together with the harrowing narrative of an imminent danger, which perfectly describes the general modus operandi of an abusive relationship.

Contradiction builds and builds until it spirals, crashes and cascades, into a tragic end. Full of desperation, remorse, and trepidation, the song is eloquence defined. “In Early Mornings” is an astounding record. It underscores the emotional power of storytelling through a tender voice and an exquisite musical arrangement.

Much of how we choose to consider the music that surrounds our lives comes from how well it can impact us on a personal, emotional level. The listener is inclined to cling to each delicately placed syllable and note that is articulated within “In Early Mornings”. As an innovative and conscious group, Jas Frank & the Intoits capitalize on their lyrical proficiency, all the while mastering their extremely specific sound.

The band have carved out a niche that is uniquely their own – vivid lyrics and vocals, which alternate between low, velvety and soaring. The music can be either gentle or decidedly more assertive, depending on what the situation calls for. Delicate at times, rough and gritty at others, Jas Frank & the Intoits are so full of confidence and energy you may mistake them for a band that has been around for decades.