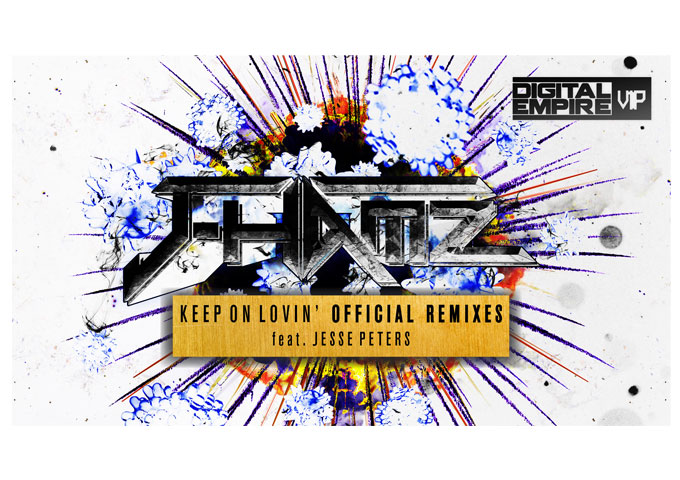 Electronic music producer and classically trained pianist J-Hamz has accumulated a series of accolades which include Beatport Staff Picks and Top 10s, FM radio play across Canada and the USA, and nominee for Electronic Recording of the Year 2017 at the Edmonton Music Awards. He has had his songs remixed by producers in Canada, the United States, Germany, Japan, and Russia, including “Keep On Lovin’” – featuring lyrics and vocals by Jesse Peters – in a remix contest with Digital Empire Records. Now the hard working producer has just dropped his 8th release – “Keep On Lovin’ Official Remixes” featuring Jesse Peters, with remixes by Xandie and Ready Or Not.

While it’s impressive to take an average song and remix it into something strong, there’s even more merit in taking a great song and making it both different and equally good – it’s more challenging for the artist and it’s more exciting for listeners. It’s with that basic idea in mind that that these remixes come alive on “Keep On Lovin’ Official Remixes”.

At the same time we have to bear in mind that it is hard to create a perfect remix, there’s a lot to think about. It has to be similar enough to recognize the track, without sounding identical. Yet it has to be unique without sounding like a completely new song.

The remixer has to infuse enough of his own style into the remix that the whole exercise is worthwhile. It has to give the listener something new and different, something the audience didn’t hear on, or imagine about the original. And of course, it has to sound good enough that people will actually listen or dance to it.

To all intents and purposes, Xandie and Ready Or Not have succeeded in crafting their own personalized remixes of “Keep On Lovin’” by J-Hamz. Jesse Peters’ soulfully immaculate vocals mixed with a set of highly recognizable synth hooks and thumping basslines made J-Hamz’s original future house composition a truly one of a kind track. 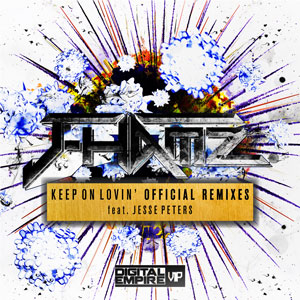 Ready Or Not leads his remix in on a march of percussion before washing it down with a wave of warm keys to introduce Jesse Peters’ vocals. What follows next is an explosion of growling basslines, buzzing synths and an abrasive attack of electronic effects.

At the same time Ready Or Not manages to keep the main melody running in the forefront so that the track does not lose the infusion of J-Hamz’s identifiable roots. The incredible production quality and full-on sonic-assault take, on the traditional future-house styled arrangement, breathes new life into the song.

Xandie steps up to the plate with a smooth groove and audio euphoria imprinted onto his template. He starts with the former and then works his way through to the latter, before repeating the process, until he melts your ears into some form of liquid ice.

Xandie’s remix goes in search of sophisticated profundity with a low end kick drum, reverberating vocals, airy keyboards that swirl and shimmer, and enough white noise to form an aura of dreamlike haze. It’s spellbinding enough to lock onto the dance-floor or entrance your senses through a pair of headphones.

So while J-Hamz’s original version of “Keep On Lovin’ ft. Jesse Peters kicks some serious ass on its own, the explosive power of Xandie and Ready Or Not’s electronic craftsmanship on the  “Keep On Lovin’ Official Remixes”, offers two EDM tracks to wildly bang off the rails to!