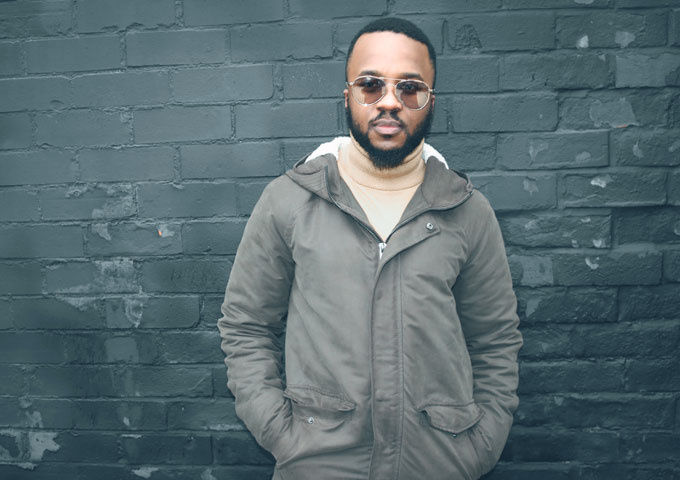 DRAGG – “Dear Mama” ft. Maxine paints a clear picture of his existence, his emotions, and his gratefulness

Lawrence Sibanda, better known artistically as DRAGG, is an up and coming hip hop and rap artist based in Kingston Upon Hull, UK. The Johannesburg, South Africa-born performer, writer and producer, whose parents were originally from Zimbabwe, migrated to England, where he later joined them. His stay in the UK promises to be a fruitful one, considering that he is held in high regard, and was recently chosen among 21 emerging black British artists to receive career support from MOBO Help Musicians fund – a scheme that facilitates opportunities for musicians creating Music Of Black Origin. It helps upcoming black musicians develop their skills, build income streams and business skills to drive their careers forward. Further proof of DRAGG’S continual progression can be noted in his sharing the stage with likes of The Game, JLS, Wretch 32, Tim Westwood, DJ Ace and DJ Edu.

The 12th of March represents the official release date of DRAGG’s brand new single “Dear Mama” ft. Maxine. Just in time for British Mother’s Day, set to be celebrated on March 14th. “I wrote and released the original version of this song featuring a different artist, back in 2010 when I was 16,” commented DRAGG. “My purpose was to show appreciation and unconditional love to my mum who has stood by me through everything. Given the 2020-2021 we’ve had with the Covid-19 pandemic, I want to give the world a sound track to also celebrate still having a mum this Mother’s Day.” he concluded.

“Dear Mama” ft. Maxine follows DRAGG’s 2020 debut release EP “L.i.T”, and clearly shows off his pen game and performing skills. The track starts off smooth, with crisp, clean shimmering guitars delivering ear-worming motifs, supported by DRAGG’s thoughtful verses, and Maxine’s soulful, mellifluous hook: “Thank you mah for blessing me, and makin’ people see the best of me. And now I can clearly see what your love has done for me. Now it’s time to elevate, coz I learnt to appreciate what your love has done for me.”

From the get go, I was fascinated by the way DRAGG’s delivery and flow sounds like an inspiring anthem, layered onto an entrancing and mesmerizing, guitar-driven instrumental, without the aid of drums or percussion.

The rhythm and groove is ignited and maintained by the strum of the six-string, and the DRAGG’s carefully metered cadence. DRAGG’s steady and resonant baritone grounds the otherwise flowy and constantly moving dynamics of the song.

DRAGG is confident in his verses, spitting them out like ultimate truths. “I’m a big boy now and I can understand, what it feels like to raise a boy to be a man. Every day you were grindin’ just to make paper, put food on the table and educate us. I appreciate the way how you raised me,” he declares.

There’s a distinct feeling you get while listening to “Dear Mama” ft. Maxine that DRAGG is awake, that he’s switched on, and that his senses are all working together to paint a clear picture of his existence, his emotions, and his gratefulness.

Throw on “Dear Mama” ft. Maxine, and what you’ll get is something head-and-shoulders above many of the derogatory, blasphemous and misogynistic things that his contemporaries have been releasing over the last few years.

DRAGG is part of only a handful of exciting artists on the hip hop scene that have become synonymous with the conscientiousness that runs through their material, and the richness of thought behind it all. DRAGG embodies these characteristics most fiercely on his latest single.