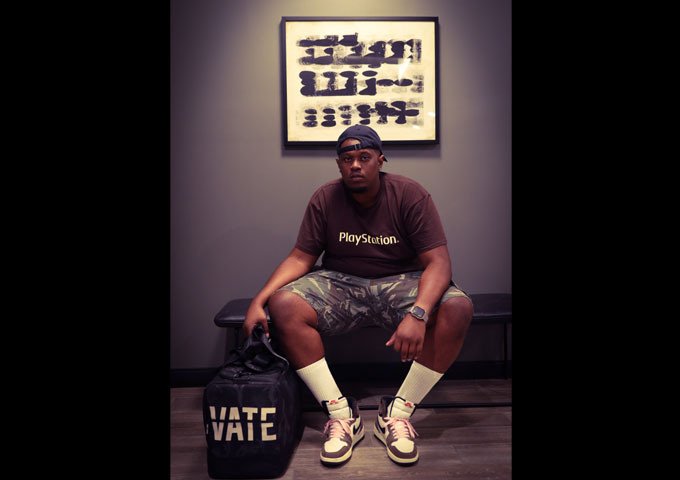 Born in Washington DC, 25 year old Banatipapi been playing percussion for over 15 years, and making beats for 8 years. Currently living in Maryland, he also mixes and masters all of his tracks. His latest single, “RACKS” keeps all the commended technical and production framework of his previous releases but elevates the delivery and songwriting to a point where he sounds completely like his own man with his own plan. The beat and tempo are contemporary enough to be beyond catchy, but the intricate slow-burn rapping and tonal flow are different enough to keep listeners on the edge of their seats. It would be difficult to compare Banatipapi to any other rappers now because he, to put it simply, sounds like Banatipapi — he is one of a kind. Any comparison just breaks down at the slightest examination. Like most rappers of the new wave, his unique approach to wordplay, is capable of twisting and distorting the rules of classic rap, yet he maintains a strong link to lyricism and storytelling. He’s clearly much more heavily invested in proving that he can straight up rhyme, than most of his contemporaries.

On his latest single, “RACKS”, he sets himself apart from every other rapper by proving that not only can he do it all, he can do it better than just about anyone else. He starts slowly and hazily on this track, but there are times in his verses where he weaves relentlessly through a barrage of cascading rhymes with effortless ease. Rhyming is clearly one of his most valued skills, one he’s honed through intense practice and single-minded dedication.

“Turn to a demon at night I don’t know why. I hang with all killers but I’m not bad guy. We patty the cake if you talking a whole pie. The feds asking questions but I will not comply. Came a long way from the slums. Had to boss up and get out man I feel like the one. The struggle was never no fun but I’m still here so I won,” spits Banatipapi. The words smoothly rolling into one another. He shifts gears from mid-tempo to light-speed, and back again, at will. Banatipapi’s gifts are apparent in the way he contorts and stretches his voice, contracting and expanding syllables and the spaces between them. “RACKS” is a perfect example of the good things that happen when an up-and-coming talent takes the game seriously enough to work on their skills.

The rapper’s sound choices are also quite unique; often, he raps on beats that are equally chilling as they are in-your-face. As is the case with the eerie soundscape of “RACKS”.

Banatipapi’s lyricism is profound and, perhaps, his strongest quality. Not only does his provide a personal slant to create his storyline, he does so with effortless and textbook wordplay. His talent certainly warrants mass amounts of praise, and “RACKS” adds another chapter in which to explore his potential. In a genre currently dominated by like-sounding individuals, Banatipapi is not only different but much better than many.