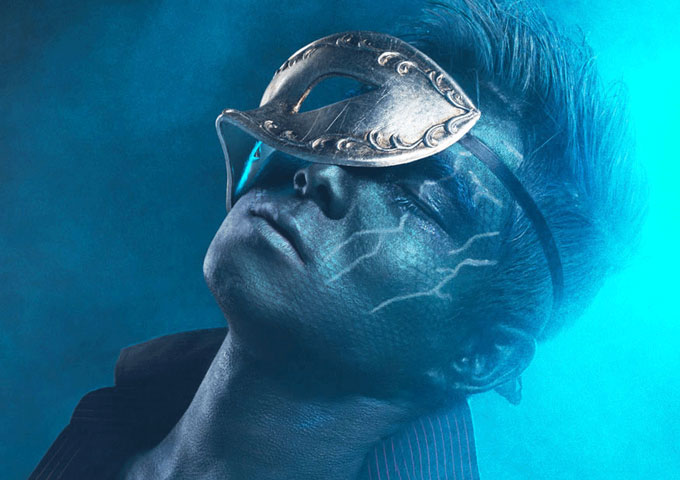 Jesse Neo is a British-Australian singer, songwriter, musician, DJ and producer. Born into a musical family, he started learning the violin, piano and singing at the tender age of 7, and began composing the same year. By his teens, he had written over 20 songs, and by 18, more than 100. More importantly Jesse Neo is also the co-founder of the online platform known as Gemtracks for producers to buy and sell beats.

Jesse Neo: I am originally from Sydney, Australia, but I am currently based in Los Angeles. I started taking music lessons when I was really young, about 7 or 8, and it eventually became an important part of my life.

Jesse Neo: In terms of commercial music, I can still remember the early 2000’s when radios were dominated by the sounds of Britney Spears, Usher, Coldplay, and Craig David, so I guess they’ve all had a strong influence on me.

Jesse Neo: I think the way music is becoming more electronic and experimental has really excited me. Pop music today sounds so different from what they sounded like 20 years ago, and this has encouraged me to be unique and different in my art as well. I think what discourages me the most is the falling trends of CD sales and lining up early in the mall just to be the first to get hold of a new release.

Jesse Neo: There was a time when I worked as a composer for several companies. When my contract ended, I realized it was something I wanted to continue pursuing, so I launched a website to sell my unsold songs. Eventually it took off. Then my friends encouraged me to turn it into a marketplace so that they too could sell their unsold songs. If any reader is interested in seeing the marketplace, make sure you head over to Gemtracks now.

Jesse Neo: Yes, when I was in high school, I had many other hobbies including computer programming, chemistry and engineering. I was pretty good at Math, actually. A lot of people don’t know that I majored in Computer Science in college, so technology isn’t something quite foreign to me.

Jesse Neo: Gemtracks allows artists to purchase beats and instruments to use in their own songs. Every purchase comes with full copyright and exclusive license, which means the artist can release as many copies of the master track without having to pay any royalties. Also, each beat can only be sold once. For producers, Gemtracks allows them to sell their beats for higher prices due to the reasons previously stated. So it’s a win-win for both parties.

Jesse Neo: First of all, Gemtracks sells exclusive beats. This means each beat can only be sold once. Eventually, I want Gemtracks to be a collaboration marketplace where artists can do more than just buy beats, such as hire freelance music producers, book recording studios and even get music critique.

Jesse Neo:  I’m not strict at all. I welcome all types of music. I really want Gemtracks to a marketplace musician of all backgrounds can use.

Jesse Neo:  Yes, I am currently working very hard on a Question and Answer section on the website, dedicated to answering music questions. This would allow those that are new to the industry to get help from those that are more experienced. Jesse Neo:  Yes. I mean, anyone can release songs onto Spotify and iTunes these days. Or the very least, upload their songs onto SoundCloud and YouTube. This gives the opportunity to anyone to unleash their creative side.

Jesse Neo: I am very proud that my self-released music was able to get me some recognition by several labels and YouTube channels to ask me to create beats for them. Then there is Gemtracks getting so many hits each day that I am still surprised by the number of people using it.

Jesse Neo: Because I take care of everything, I have to deal with customer support, marketing, development, and also creating the beats. Sometimes one of those tasks can be so burdensome that I spend the entire week doing it that I have no time for the other aspects of running the website.

Jesse Neo: Since it’s still quite new, a lot of people have been skeptical of the website. I still get a lot of emails from customers asking if they really own the copyright of the beat once they have bought it. However, I’ve noticed that once a person buys a beat, they realize how good it is that they are almost guaranteed to purchase another beat the day after. In fact, I know several people that have created their entire albums with beats purchased from Gemtracks.

Jesse Neo:  Yes, I am still recording new music. I was hoping to film a music video this year but due to the coronavirus pandemic, that had to be postponed to next year. The good thing is that this gave me time to work on Gemtracks.

Jesse Neo: All my releases can be found on my Spotify.

Jesse Neo: I have yet to release a music video. But I can say that the video that I will be filming next year would be unlike any video out there. It will be very experimental and unpredictable. I have a crew of cinematographers lined up to help me make this vision come true.

Jesse Neo:  I think studio environment excites me the most. There’s something magical and soothing working in the studio. It’s a place where I can experiment, feel accepted and take my time to perfect my craft. It’s kind of like a hideout from the rest of the world.

Jesse Neo: My favorite motto is that you can fail many times, but you only need to succeed once.

Jesse Neo: I would say that my music are: electronic, magnetic and experimental.

Jesse Neo: I think the most rewarding part of working in music and technology is being able to combine my knowledge from both fields for a common good. In the future, I hope I can expand this to more aspects of music.

If you want to buy or sell beats, then visit Gemtracks.com today!