Bison is a Hip-hop artist from Liverpool, a suburb of Greater Western Sydney, in the state of New South Wales, Australia. The artist, who dropped a few singles last year, with the likes of Corey Jones, and has had mainstream collabs with Fedarro IE Music, released second mixtape “Molly Groove” on 12th of March 2021, produced by long time veteran in the game Beatz.Lowkey. Bison, who also has a been working with Kyla Imani on “Doing Too Much 2”, has an alluring and compelling sound, allowing his Molly music to pierce through any opposition.

Can you tell us a bit about where you come from and how you got started?

Bison: I’m From Samoa a pacific Island located across the Pacific Ocean 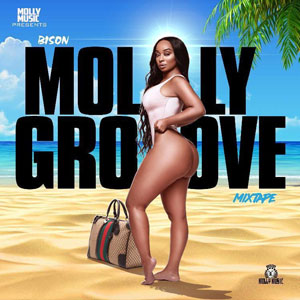 Do you handle both the songwriting and beats on your songs, or do you collaborate with others?

Bison: I only write my music, Mixtape work mostly collabs, making beats is a whole new game. Writing is what I’m more passionate about.

Who were your first and strongest musical influences that you can remember?

Bison: Pimp C When I first heard pocket full of stones got me into Rappin when I was in college.

What made you think about making mixtapes?

Bison: Well a lot of the artists I used to listen to back in the day were making their names coming up on mixtapes, so I thought of making my own. Molly Rhythm was my first, Molly Groove is the second one. Check it out

First rap song you listened to?

Describe your favorite and least favorite part about being a musician?

Bison: Release dates are always the least favorite part about being a musician. I get nervous not sure why it’s happened a lot to me. Most favorite part of it all, is a platform you’re given where you could speak your mind freely

What is it about music that makes you feel passionate?

Bison: Music gives me this space where I can write, it almost takes me on a journey. I guess sometimes you gotta feel it.

What has been the most difficult thing you’ve had to endure in your life or career so far?

Bison: I don’t look at this rapping as it’s a career, I got passion for it. There have been a few setbacks but I keep it moving. 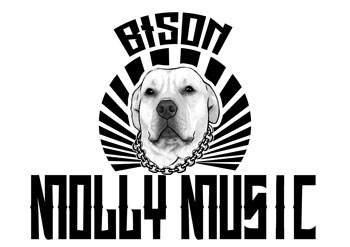 Do you have any weaknesses that you’re actively working to improve on?

Bison: I got a lot of weaknesses, like setting a deadline to each of my projects I work on, I fail to complete sometimes, but we working on it.

What strengths do you have that you believe make you a great musician?

Bison: I think its passion, mix that in to making music or whatever you’re doing the rest would standout by its self

Do you have any hobbies or interests outside of music?

Bison: I have a night shift Job besides that I’d probably be out with my Dogs on a long walk or shooting hoops with mates.

What accomplishments do you see yourself achieving in the next five to 10 years?

Bison: Not sure actually I never thought of that If I could wake up and make music my life is sweet

What is one message you would give to your fans?

Bison: Don’t be afraid to be yourself. Keep it moving. Don’t let anybody tell you what you can do and can’t do, just do stop saying start tomorrow.

Could you tell us something about your latest project and what the highlights are to watch out for?

Bison: Molly Groove is dropping this March/31/2021. Molly Groove, It’s that chilled flow chillhop. A bit of RNB bouncy and edgy with a twist of hiphop.

Do you have a personal favorite track amongst those in your catalog that has a specific backstory and/or message and meaning very special to you?

Bison: Molly Rhythm first mixtape I ever wrote. These tracks give me that energy. In a sense of Keeping it Moving. I can’t get too comfy yet , it was a new route I took opened up a new chapter to life Music I never knew I’d be back here, I guess everything happens for a reason

Creative work in studio environment, or interaction with a live audience? Which of these two options excite you most?

Bison: I’m more of a studio musician. It’s just a different vibe in the studio. No place like the studio

What’s your favorite motto, phrase or piece of advice, you try to live or inspire yourself by?

How essential do you think video is in relation to your music? Do you have a video you suggest fans see, to get a better understanding of your persona and craft

Bison: “Doing Too Much”, go check it out

What do you find most rewarding about what you do? And do you have a specific vision or goal set in your mind that you would like to achieve in the near future?

Bison: Rewarding that’s never crossed my mind, but the only goal I have set, is to keep making Mixtapes.