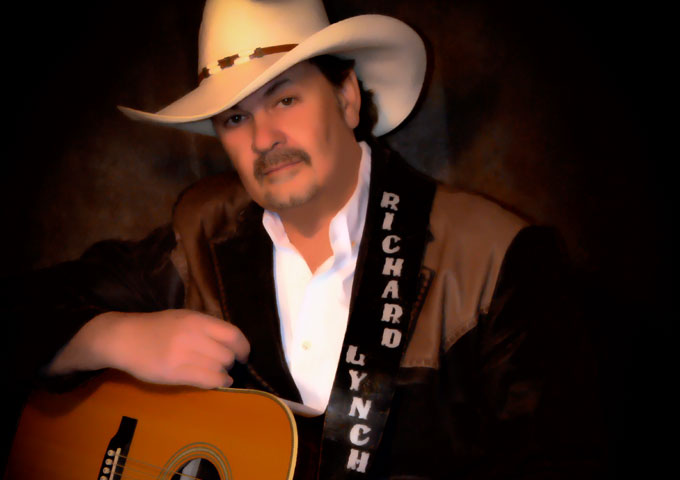 Based in Waynesville Ohio, Richard Lynch is an American Country music artist, who has released a long list of chart topping hits in the world of traditional country music. Lynch’s style is reminiscent of the greats. The passion & purity that fueled the likes of Conway Twitty, Waylon Jennings, George Jones & Hank Williams, can be heard through the vocals & exquisite musicianship of the Richard Lynch band. Lynch’s love of Country music spans 3 decades. With that, amazing live shows and songs about the ‘working man’ feed his audiences with adrenaline. Its country, the way country music was meant to be and they have numerous awards to prove it.

Richard Lynch: I have been hearing traditional country music all my life as I was born to a very good accomplished entertainer, my Dad Woody Lynch.   I have been playing for a living (getting paid) since 1978

Richard Lynch: besides my Dad Woody Lynch, Conway Twitty, Buck Owens, Elvis and the like we’re my first influences

Richard Lynch: a current artist would be Alan Jackson

Richard Lynch: I haven’t written songs for other artists but George Strait would be a great one to hear singing a song I wrote

Richard Lynch: Live gigging is my favorite to see people enjoying my music is a thrill

Richard Lynch: I am a farmer so baling hay, feeding horses and taking care of the farm fill my days, building barns and conducting auctions are other occupations that fill my days also

Richard Lynch: I don’t per se have a favorite of mine but truly enjoy when someone asks for my songs.   And my songs seem to be crowd favorites since they ask for them

Richard Lynch: I have a permanent band for gigs but use studio musicians in Nashville for recordings

Richard Lynch: That we keep them busy

Richard Lynch: the best part of being independent is making all my own decisions about my music content, the discouraging part is not getting the exposure as an independent that the labels get

Richard Lynch: I am involved in all the processes but my wife and our promoter Randy Hayford handle the marketing, social media processes

Richard Lynch: I love my Dad’s 1956 Gibson Cutaway guitar, I wouldn’t trade anything for

Richard Lynch: I love So Dakota and would love to be out there in the blink of an eye

Richard Lynch: Whenever I got to perform with my Dad was always a proud moment

Richard Lynch: Not really, I have always worked to and put my heart into this passion for traditional country music, so it doesn’t surprise me

Richard Lynch: Treat people right, say what you mean and mean what you say

Richard Lynch: heading down the road to the next gig, looking forward to sharing my music with good people