Tyson onBEATS Drop Second Single and Video – “We So Fly”

Hailing from San Jose California, Tyson onBEATS, is a duo made up of wordsmith Tyson Amir and beatmaker Ridwan Bass (better known as onBEATS). The two have released We So Fly, the second single and video, from their debut album, Purpose. The track also features Mikial aka M.Davis who appears courtesy of Eight Eggs Entertainment

This single perfectly addresses an idea that seems lost these days in the world of mainstream rap: the connection between jazz (lightly referred to as boom bap in the urban circles) and hip hop. Jazz itself is one of the truest American musical art forms, drawing from classical compositions, blues, African rhythms, and pure soul. Often, listeners of modern hip hop and rap won’t know what the ‘great song’ they’re listening to is sampled from. Frequently, these samples are from great jazz tunes.

Tyson onBEATS brings this very same regal sound to the contemporary hip hop fan on We So Fly. While on the album, Purpose, they bring a whole lot more to the table, in terms of sound and style.

If you’re tired of the Hip-Pop music that they play on most radio stations, or music with no meaning at all, listen to these guys. What you will find is an extremely lyrically gifted artist, laying down meaningful lines verse after verse. It may take you a while to absorb it all, but it has substance.

If you’re also one of those people who are obsessed with an artist’s region, then “Purpose” is one of the best indie albums to ever come out of the West Coast; a bold statement, yes, but definitely not an exaggeration. Tyson onBEATS’ lyrics are so much more advanced than most of their Californian contemporaries, and their beat making concepts are brilliant.

The track, We So Fly, alone, is worth the purchase of this album; however, that’s only the beginning of this amazingly dope musical journey.  “Purpose” is one of those epic releases where everything works!

“Purpose” is a fearless, uncompromising and sprawling body of work. It doesn’t surprise me that it hasn’t yet garnered the amount of attention in the casual hip-hop community as it deserves. None of these artists have ever made any attempt to market themselves to a mainstream audience.

Regardless though, any music lover should find this album enthralling and worthy of their time. There really isn’t anything else out there that sounds like this. Just have an open mind, and enough patience to let Tyson onBEATS’ work sink into your soul. If you allow these things to take place, you’ll love this album for the brilliant masterpiece it truly is. 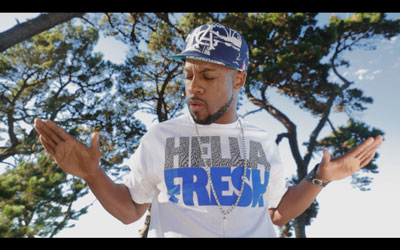