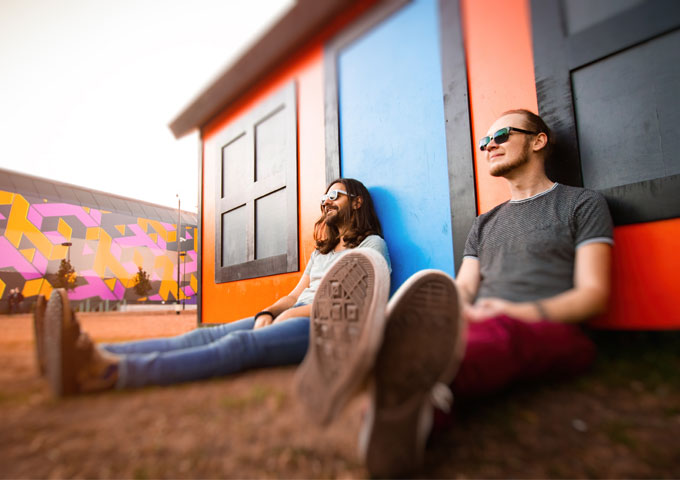 Plastic Barricades are one of the smartest bands in alternative indie rock right now. The band which has it very first beginnings in 2007 have produced enough worthwhile material in the ensuing years to deserve escaping the shadow of the underground culture. They’ve released outstanding music in terms of resonant songwriting and daring variability, and their formula has remained strongly characteristic and enjoyable. The band, which has been undergone various member changes through the years, is now stably based in North-West London. Plastic Barricades currently are, Dan Kert on guitars, keyboards and vocals, and Paul Love on drums. The band, whose debut album “Mechanics of Life” was released in September 2017 – and available on Spotify – is preparing to release its brand new album, “Self-Theories”, in 2020. 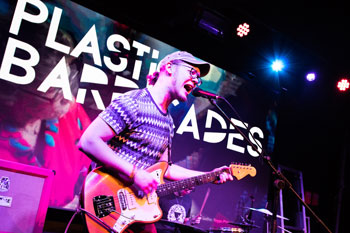 In the meantime Plastic Barricades have dropped the first single, “One for the Road”, from the aforementioned upcoming album.  Described as an “ode to freedom of exploration”, the track was written, recorded and mixed in a backyard Shed Studio in North-West London, and mastered at Metropolis Studios in London.

The song, which was inspired by Jack Kerouac’s “On the road” novel, is supported by a music video directed by Elina Pasok. The clip uses amateur footage, filmed in the late 1950s around America, by families with their – at the time – brand new cutting edge handheld cameras.

“One for the Road”, is a satisfying audiovisual projection of breezy vibes, and some earnestly introspective thoughts on the spirit of freedom in all of its facets. The song showcases Plastic Barricades’ technical and creative maturity amid a continuation of their efficacious musical recipe. From the start, the song impresses with its production of jangly guitars and groovy beat.

“One for the Road” is kaleidoscopic and mind-expanding, as it entrances the listener in easygoing colorfulness and warmly chill vocals that often lift into trippy falsetto. The song is lovingly ornamented by inventive guitar licks and lusciously understated keys amongst the resolute accessibility of Paul Love’s drum beat and rolls.

While most of the four-minute-plus sequence is exteriorly appealing, the cut also manages to carve deep into your heart and soul. The subtly touching tone and temperamental shifts, gloriously cascade around Kert’s thoughtful observations:

“They’ll never know that we ran away. They will be busy finding reasons to stay behind. While we will try to find out. What it means to be alive. When our souls are painfully restless. When our lungs are gathering dust. Universe could be just trying to test us. Freedom of movement brings power to change.”  These are exquisitely poetic and profound lines that find Dan Kert voicing existential quandaries with impactful resolution.

It’s here that Plastic Barricades truly capitalize on their potential as poignant craftsmen. “One for the Road” is easily one of the band’s best efforts. Everything about this track offers something valuable, be it the fetchingly catchy musical radiance, or notably moving lyrical reflection.