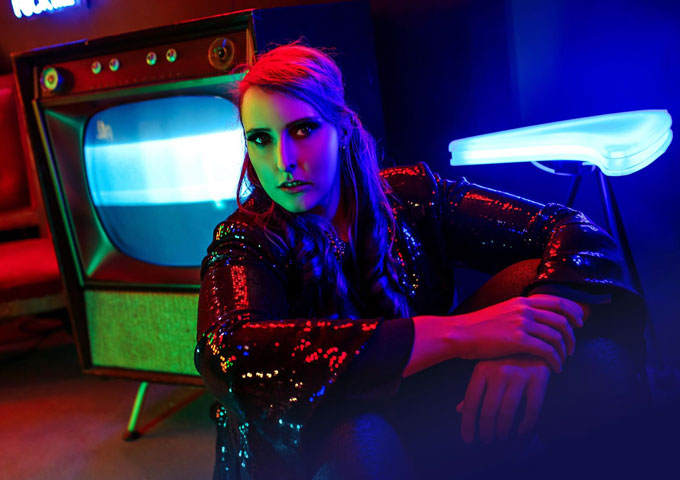 Now located in Toronto, Kristen Karma, who started out in Vancouver, is no stranger to the ever growing music industry. Karma not only wields a certificate in Audio Engineering from Hot Sole Music, but has studied voice with Judith Rabinovitch, who has worked with the likes of Avril Lavigne and Sarah McLachlan. She spent her formative years devoting her attention to the world of ballet lessons, Air Cadets, Military Marching Bands, and The Royal Conservatory of Music. In In 2013, Kristen Karma was selected as one of two performers to play the Lady Gaga Born This Way Ball After-party and open for Tour DJ/Lady Gaga BFF Lady Starlight in Vancouver. In 2017, she repeated the Lady Gaga experience, and also opened for Grammy Award Winner Akon in Guelph, Ontario on his Canadian Promo Tour.

Featured in Billboard magazine, Kristen Karma’s singles, “Party Heroes” and its follow-up, “Try”, both charted, while her current single “Dear John”, dedicated to the memory of her father, also landed in the Top 40.

The music video for the song, has also been selected for several international film festivals. I have listened all of Kristen’s singles and loved them. She has a great vocal range and can pull of most any kind of song. It’s hard to believe that the same girl is singing all of these songs. 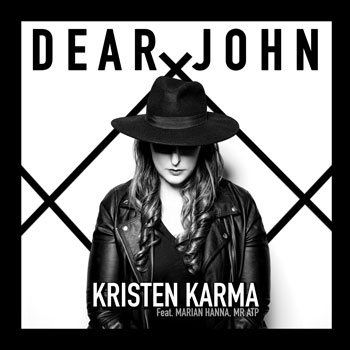 “Dear John” is definitely Kristen Karma’s masterwork thus far – starting from the heartfelt lyrics, through to the lusciously gorgeous soundscape, and the superb vocal work, featuring the soaring mellifluous tones of Kristen herself, and her songbird feature, Marian Hanna.

This mid-tempo ballad sees the two powerhouse vocalists harmonizing beautifully, to give you a very touching track. The song is also given an urban twist by Mr ATP, who adds an urgent and edgy rap verse to the arrangement.

No doubt, the Canadian songstress is one of pop’s underrated gems with a voice that will have you intrigued, and wanting to hear more. “Dear John” embodies so much raw emotion and acts as the perfect tribute to Kristen’s father, leaving you convinced that she is one of the few current pop singers, who can actually sing her butt off, without the usual studio trickery.

Vocally nuanced and dramatically fierce, Kristen Karma is a powerhouse performer. She mixes soaring and smoldering tones to dominate the ardent narrative of “Dear John”. I am not sure what impresses me more about Kristen.

I mean, I love her style, her persona, and the endearingly captivating imagery in the video of “Dear John”. Kristen turns this profound and wholehearted song – which so seamlessly blends a somber subject with an entrancing, alluring melody – into a sentimental epic that ultimately infects you.

“Dear John”, is a beautiful blend of sounds and voices, and one that is flawlessly tied together by this up-and-coming songstress in a way that only a true talent can do. Sign me up for whatever comes after this track because I certainly need more from Kristen Karma!