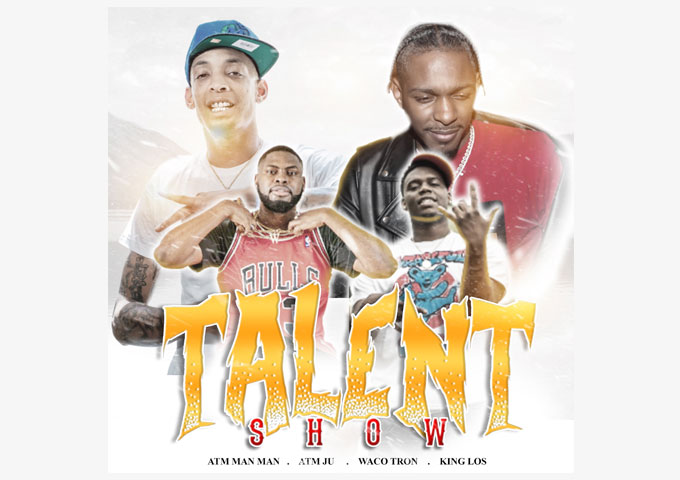 As first seen on the Source this is an artist making waves across the nation.  Fresh off an amazing record entitled, “Talent show” featuring King Los, Waco, bred and Fort Worth based hip hop musician Warren Lee Mckamey Jr better known as his artist name ATM Man Man has been generating quite a buzz on the music scene as he prepares to release “Major Deal Vol. 1” an upcoming EP with his fellow ATM group members.  Tracks from the upcoming project such as “letter type” with assistance from his label mate Rayy Givenchy, Tony Montana featuring label mate Salah Ali and the unassisted track “Boss” are already getting head nods from major label executives.

Our sneak peek of this project easily lived up to expectations as ATM Man Man is heard laying amazing lyrics over beats ranging from trap to west coast style.  ATM Man Man discovered his love for creating music at a very young age. He is quoted saying, “I’ve always loved music. I can remember stealing my uncle’s radio, inserting a cassette tape, and recording rap lyrics over them when I was in like 1st grade. I even rapped in our high school talent show. The crowd was so into it and then I made an inappropriate lyric and they cut my mic. It was the talk of the school for a while.”  He sees music as art and wants to preserve its true essence of lyricism while paying homage to those that paved the way.

Major deal takes us through many different feels.  Tracks such as, “Boss” which have nonstop punchlines, crafty wordplay and a display of lyricism only seen with the upper echelon of hip-hop artist left us wanting more.  Tracks such as Letter type with Rayy Givenchy give us more of a grimy and tough feel sure to satisfy listeners seeking raw lyrics that paint pictures of urban street life.  Just as entertaining as the music are the videos for the project.  With Iconic behind the lens ATM Man Man is not afraid to showcase his personality in the videos found on his YouTube channel and various other large media platforms. 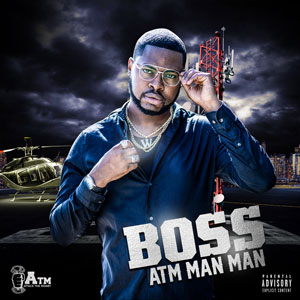 Where does the inspiration for Major deal come?  ATM Man Man grew up in Waco, TX which is a small but rapidly growing town south of Dallas, TX. Waco is home of the Baylor Bears, HGTV Stars Chip and Joanna Gaines and fellow signed artists WacoTron and Hot Boy Wes. Waco is a town plagued with crime and this year it seems like there is a murder happening every other week. Some refer to it as the trap and comparisons to Chicago have even been made. As he moved out of his parent’s home as he was entering high school, ATM Man Man was exposed to a lot of what the streets of Waco had to offer. Still a stellar and intelligent student, ATM Man Man was able to leverage his book and street sense to navigate business and music deals that leave many wondering, “how?”  Living in one of the largest properties on the outskirts of Fort Worth, Texas, ATM Man Man is one of few artists that have amassed a net worth of over 1 million dollars prior to rap.  He even had a scholarship named after him that he paid for out of his own pocket to a student in the music industry at a college from his hometown.

ATM Man Man stays true to his roots while giving us a more up-tempo flow that we haven’t seen from him in the past.  Known for his versatility, street lyrics and amazing wordplay ATM Man Man has been captivating fans over the nation. Not many artists are able to string together so many intricate schemes and lyrics and still make quality music. This is where ATM Man Man shines.  Our attention was grabbed by the first track released from the project, “talent show,” as ATM Man Man easily goes toe to toe with world renowned lyrist King Los.  ATM Man Man has grown a large social following on social media sites such as Instagram and Facebook due to his hilarious personality, great fashion sense and ability to be relatable for so many. Many that knew him at his lowest point say he is an inspiration for those that come from his community. His rise to fame while staying incredibly humble is one of his many attractive qualities.

The title of Major deal stems from the artist wanting to show that he is a major deal in the rap industry that deserves attention from labels offering major deals.  ATM Man Man was briefly with Universal records while he was a part of a group called Cash Camp in the early 2000s. Talent show instantly put him back into the limelight as fans are begging for more music and visuals.

Atm Man Man’s music can be found on all streaming platforms.  Be on the look out for Major Deal as it is slated to drop in the first quarter of 2022 and as the name implies, we anticipate this project will be a Major Deal.