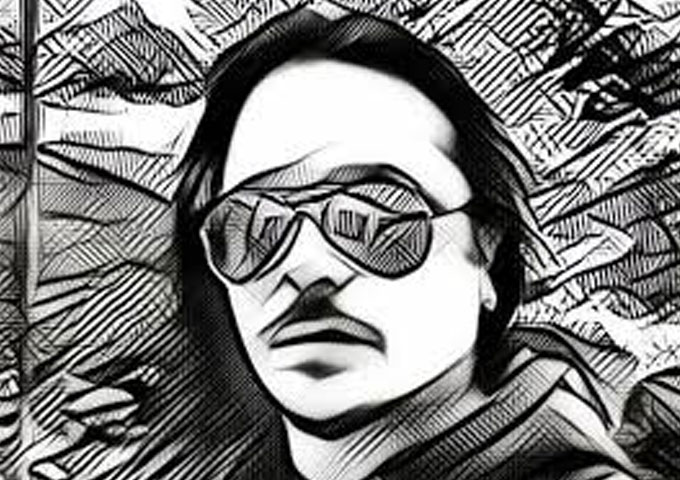 The new musical piece form Italian composer Lorenzo Armando Aldo Bazzoni, entitled “Rome At War” finds the artist in true form for the new year. At a mighty seven plus minutes in length, the song explores and probes new ideas while reinventing the past with gleeful abandon. A complex cinematic rock composition which could seem forced, unwieldy or contrived in the hands of others, Lorenzo Bazzoni pulls off with unerring and enviable ease.

Although not the most ambitious or demanding record in his catalog history – as Bazzoni wanted to keep the track less harsh – “Rome At War” is arguably one of his most cohesive, confident and downright enjoyable tracks. Every bar of music is a journey, every riff, bassline or lovingly crafted drum pattern, and bridge to another section, shows how the composer barely wastes a single note.

From its aggressive, insistent introduction, “Rome At War” slides smoothly into the first of many perfectly performed orchestrations. The song transforms and shifts gears with every passage. Staccato riffs become airy verses, uplifting choruses lead into more agile and gentler avenues, deft percussion work accompanies cosmic keyboards, and before you know it, seven minutes have flown by.

The capricious song swirls, soars and punches with fast keyboard riffs and perfectly weighted orchestral backing. It is pure cinematic soundtrack fun, fluctuating between urgent rhythms and nebulous melodies, ebbing and flowing at will. Building with typically unorthodox arrangements and even more off-kilter timing, Lorenzo Bazzoni is able to shine, while delivering yet another powerhouse performance.

Skillful and slickly produced, “Rome At War” travels from minimalism to flamboyance, and back again, in the blink of an eye. With each new studio effort by Lorenzo Bazzoni, you know what lies in store ahead of time, as he has never deviated far from his original musical course. He simply elaborates his musical themes and takes them to different destinations, without breaking away from his core musical principles.

“Rome At War” is partly an exercise in giving the people what they want, and partly a reminder that Lorenzo Armando Aldo Bazzoni is capable of just about anything in his compositions and orchestrations. Blessed with a grade-A arrangement and rich atmospherics, the song hammers home the self-evident truth that Lorenzo Bazzoni is in an extremely harmonious and creatively vital place right now. He has also never sounded better.

From when the grandiose and cinematic opening is invaded by the rest of the arrangement on “Rome At War”, we pass through several sequences where the pace changes, and peaks come and go. All of which finds Lorenzo Bazzoni doing what he does best – showing off all the emotive tones, as well as the impact and power of his composing abilities.