LATEST NEWS
GMT+2 14:41 PM
Home News JUPITER IN VELVET Aims To Save World From Itself With New Album! 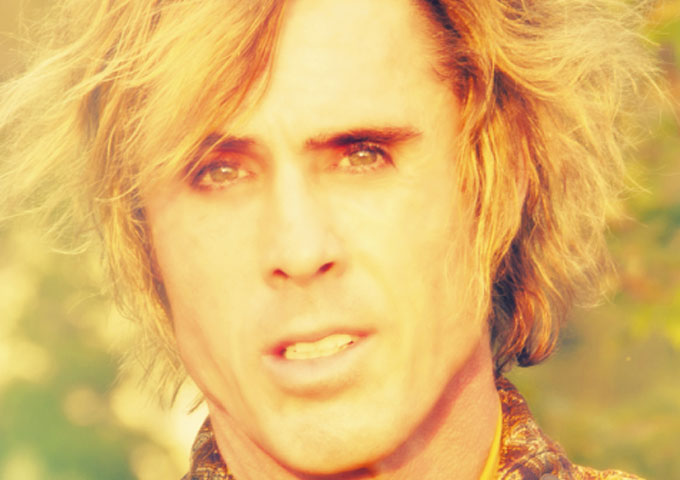 JUPITER IN VELVET Aims To Save World From Itself With New Album!

On September 9th the prolific musician and songwriter Jupiter In Velvet will release a ground-breaking new album entitled ‘The ONE In The Many’ on the Free 2b Free Record Label.  The album seamlessly weaves an unusual plethora of sounds and musical styles together with poignant lyrics, into an experience that Jupiter calls ‘Alt-Pop Psychedelic Rock.  ‘The ONE In The Many’ is built upon the spiritual theme and teachings of Avatar Meher Baba that all Life is ‘One’ and that each of us is connected internally to God.  Thus, the aim of life is to become what one already is, namely God, by loving God and overcoming the ignorance of separative existence.

The first two singles from the album ‘Rule Your Day’ and ‘Peace This Thing Together’ have already generated over 600,000 plays on Soundcloud and their lyric videos can be viewed here:

Jupiter In Velvet – Peace This Thing Together Lyric Video While Jupiter In Velvet has been compared to such legendary artists as Bowie, Prince and McCartney, Jupiter is his own thing.  He is the real deal.  There is truly no one like him in music today. Just give a listen to his latest album The ONE In The Many and try to find a band on this earth that sounds so refreshingly different as this.  A stunningly fresh sound pared with a charismatic vocal, an urgent energy and self-emancipatory lyrics and voila!… You have something that hasn’t been heard in music in quite sometime.

Jupiter In Velvet is a UK/US musician. Born in the US, a journeyman of many shores, finding roots in the UK, the home of his ancestors. His last release ’The World Didn’t Start With U’ received heavy airplay around the globe. His four stunning performances at the recent SXSW in Austin, Texas created a festival buzz. Jupiter followed that up with show stopping performances to standing room only crowds at the International Pop Overthrow Music Concert Series in Chicago and Detroit this past spring.

Initially starting off as a drummer at age 9, Jupiter played his first gig at age 10. In his teens he taught himself to play guitar, keyboard and singing, and began his songwriting development. His professional music career slowed down as he went off to college, getting a BA in marketing and an MBA in finance, before starting his PhD in finance. During his first semester working on his PhD, Jupiter stumbled into a chance trip to South Africa where he had an epiphany; Life was too short to place money in front of happiness and to not go after one’s dreams.

Jupiter came back, finished the semester, quit school and moved to LA. He went on to play and tour for many years with a string of bands as lead guitarist and singer including: Big Mic & the Metallic Marauders, Zuzu’s Petals, Woolton Parrish and 2MorroW EvR AfteR. Finally, after limited success, Jupiter moved to the UK to remake himself and merge his vast musical influences and interests to create something new, compelling and uplifting. And thus, Jupiter In Velvet was born. Today Jupiter In Velvet’s music is played in over 65 countries on 6 continents.

More on Jupiter In Velvet here: