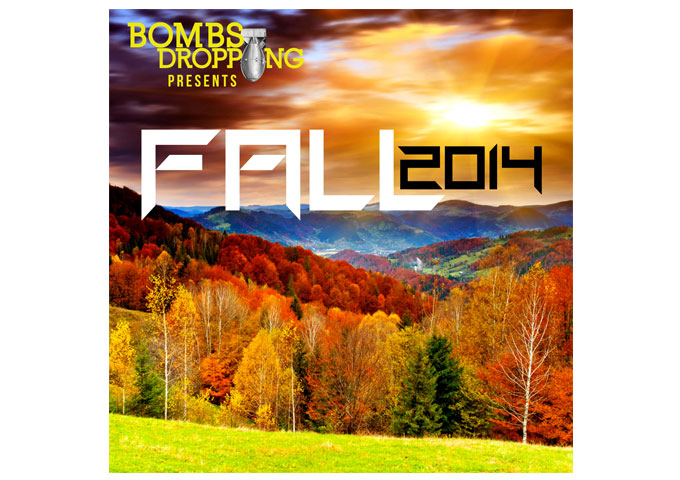 “FALL2014” is one of those albums that you need not shuffle through.

As a member of a “lost generation,” BOMBS DROPPING was doing EDM before EDM was EDM. Giving up a promising career in health care, he decided to focus on crafting music for DJs, athletes, and video games. A self-taught pianist, he hopes to inspire people to maybe one day learn music and begin to create their own soundtracks!

BOMBS DROPPING describes the 10-track album “FALL2014” as: “Songs about Halloween and about the colors changing, in your mind and in the world around us. We recommend Chauvet lighting to fully appreciate the energy of this album. WARNING: For some listeners, this album may be LOUD AS FUCK. For others, that could be a good thing”

Unlike a lot of EDM coming out these days, “FALL2014” is rarely formulaic, often emotional, and always catchy. Set to almost flow from one song to the next the album is a cohesive unit that doesn’t drag you along for the ride, but coaxes you into the spirit of wondering where it’s going next.

“FALL2014” is one of those albums that you need not shuffle through. It flows so well when listened straight from the opening to the final track. BOMBS DROPPING is a pianist and it shows with this release. All the songs appear perfectly composed, and not just thrown together.

Though seriously influenced by Dubstep, BOMBS DROPPING has a real gift for building refreshing productions that span different styles. The cuts “Hidden Agenda” and “Encore” are a powerful infectious synth-driven hooks, while the arrangement for tracks like  “Those Jeans” and “Memories”, just swing on a light piano and elegantly percussive beats.

Though BOMBS DROPPING is constantly refining himself as an artist, his current offerings are already powerful signs of great times to come! The beats pulsate through you, and the melodies and rhythms just hypnotize you. You listen to the songs and you have to keep hitting repeat. It’s like an addiction!

If you’re not yet a BOMBS DROPPING fan, you will be after taking a listen to “FALL2014”.