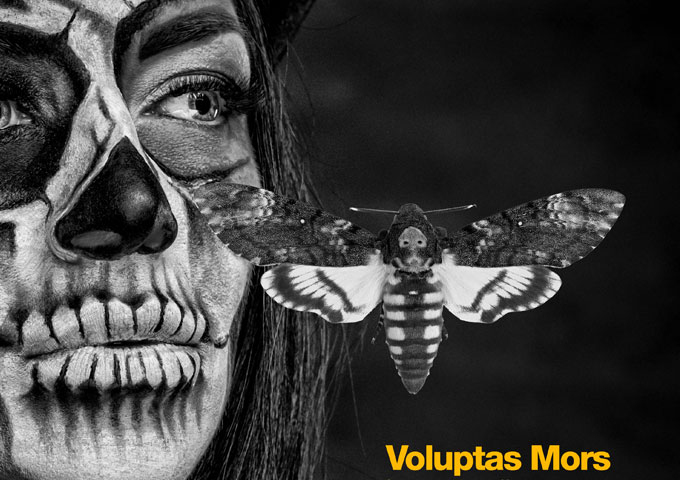 Voluptas Mors is the Barcelona based electronic duo of Ramon (producer, keyboards, guitars) and Laura (producer, electronic drums, percussion). They are multi-talented, creative, extraordinary musicians, who do many different musical sounds, not lingering too long in any one particular style of electronic. Some can be hauntingly moody, while others are intense and energetically-oriented. The project uses a set of supporting vocalists formed in 2017 which works extremely well with all of the group’s musical stylings. Voluptas Mors have something for everyone who enjoys electronica, moving easily among a variety of electronic music, from trip-hop, downtempo, chill lounge and nu-jazz, to pop influences, making it all sound imaginative and absolutely exceptional. 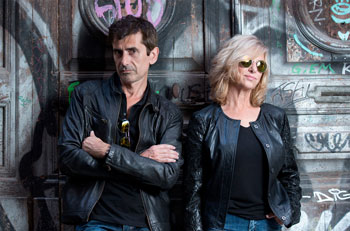 “Immortality” is an album that grooves with impeccable ethereal catchiness from start to finish. At first, it’s hard to be anything except stunned while listening to Voluptas Mors’ latest release. As epic-minded electronic songwriting, this recording pack’s an emotional wallop few other acts are even trying to achieve these days.

Though they may remind you of some legendary downtempo acts in some instances, there’s nothing derivative about these tracks, however; Ramon and Laura’s dense arrangements and the incomparably elastic male and female voices make the sound entirely their own.

For all its overtures toward mainstream song craft, this is an original, edgy album, the work of two doggedly maverick talents chasing their muses wherever they take them. The outstanding opening track, “So I Scream” is instantly mesmerizing, with waves of shimmering electronica subtly building from the piano strains then breaking against the melodic vocal before subsiding on a bluster of melancholic strings and then rebuilding.

It’s a most impressive demonstration of Voluptas Mors’ deft sonic manipulation. The lyrics, deep and intense throughout, reach a particularly evocative place on “Find Yourself”. The track is a consistent, confident expression of their varied styles and influences.

That this is undoubtedly a masterfully crafted, emotionally rich and enjoyable record, becomes even clearer on the male-sung “Is This The World We Want?” This is more than just another thread to weave into the tapestry; another color adding to the texture. This is a warning for society to wake up, and actually look at what’s going on around us. 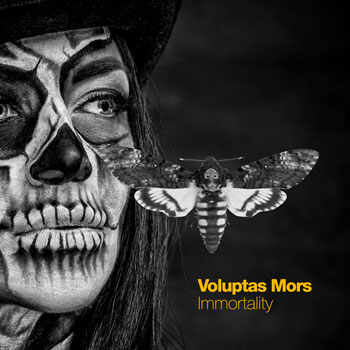 It’s a powerful chant, the kind which flings the usual human rationality out of the window. While predicting the album’s next musical move proves an exercise in futility, one thing is evidently clear; all of Voluptas Mors’ songs share one common defining quality: it all sounds incredible. Not surprisingly, their pursuit of perfectionism is once again evident on the hard-hitting “Lets Move On”.

The majority of the songs on “Immortality” are wrapped within an ambient sheen and sprawling atmospherics, the finest examples being the absorbing, multi-layered “The Fire Is Burning Inside Me”, and the gorgeously bubbling “You’re Off My Mind”, enriched by the brilliant vocals and sumptuous saxophone interludes.

As is Voluptas Mors’ trademark, “Take The Time” and “Don’t Be Afraid” are intricately constructed musical tapestries, replete with multiple sonic ingredients and vocal flourishes that coalesce for enchanting affairs.

The crunch and clang of “Turn Off Your Mind”, results in one of the finest songs on the album, for me. Curious, even slightly sinister, the vocals are powerful and biting as the soundscape morphs into a beautifully ominous landscape of treble and bass, dark and light, as well as levity and weight, with moments of sheer poetic brilliance.

Having said that, there is something to appreciate in every track, on “Immortality”, whether it be profound lyrics, intricate instrumentals or painstaking production.