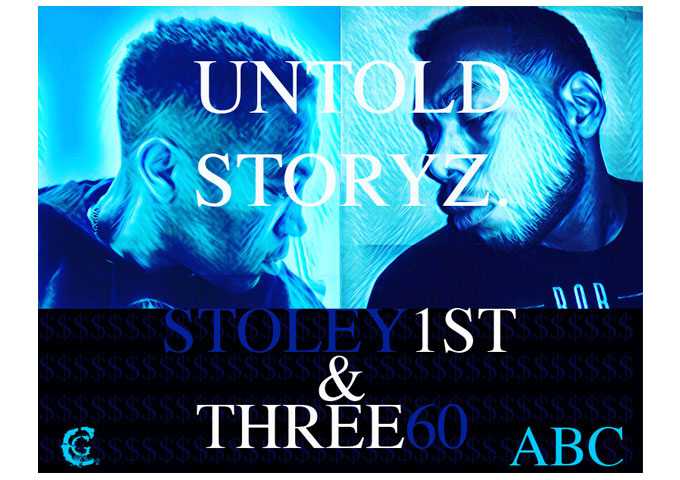 Three60 and Stoley1st: “Tipsy Master_1” is the third single off of the upcoming mixtape “Untold Storyz”

“Tipsy Master_1” is the third single off of the upcoming mixtape “Untold Storyz”. This is a collaboration project with Three60 and Stoley1st who are also two thirds of the founding team that initiated ABC (All Bout Cash) Ent. The project is loaded with features including ClassicGenius, and mixing and mastering done by head engineer @atgrox and as well as their lead artist @11vox11 on a track. Three60 was signed to an independent deal in 2011 and his music has made it to many different major sites since. This is the 4th project coming from the ABC label, with more on the way.  First “Cash”, then “Thug Waffle”, and now this…. Three60 has yet to let me down. I’m not a di*k rider or anything, I just have a great appreciation for rap, and artists who contain core fundamentals of hip hop. This track not only sends a message, but it doesn’t push it so much to the point where you don’t want to listen. Overall, in my opinion, it is a very well executed track that I would highly recommend. Three60 (and consequentially ABC for that matter) is building a nice catalog just like other more talked about rappers but more quietly. I have played this one multiple times and keep wanting to play it. That is a good sign of its replay value for me. The track is positive with an old school vibe but not preachy or forced.

The production is more percussive and eclectic on this one than his previous releases. One thing Three60 has over many of his peers for me is his growth lyrically and his flow. Actually to be honest, both Three60 and Stoley1st forge excellent deliveries here. The two switch and blend like time travelers from a forgotten era who want to bring ancient flavor to the present.

“Tipsy Master_1” is nostalgic, yet still fresh; Three60 and Stoley1st draw from ghosts years before their time and do it with an excellence that will be immediately revered by their peers. They are independent prodigies with the potential to be diamonds shining in the hip-hop jungle.

They meet the criteria for all those crying for real hip-hop: capable wordsmiths, conscious lyricists, meaningful concepts, on point beats, and barely any trace of outside influence.

Three60 doesn’t bring catchy jingles or gimmicks to hip-hop, he brings bars, and that is enough to create a following around him and his ABC (All Bout Cash) Ent conglomerate. In him the industry can see a refreshing artist with a mighty pen and plenty room to grow.

Three60 has found his niche as a rhyme-slayer who wants to be seen as a great artist and not a temporary hit maker. He has stayed indie and built a team bringing in people who share his passion for greatness and consistently feeds a growing fan base with raw raps and intricate records.

Skill and talent can keep an artist afloat, but being able to adapt without following the leader allows an artist to truly flourish without losing the essence that make them what they are.

“Tipsy Master_1” is the next stage in Three60’s career, and “Untold Storyz” will no doubt be a mixtape that defines who he is today. From afar, we’ve watched him grow with promise while exploring new avenues in his artistry. I’m hoping for a progressive mixtape, one that shows an artist not stagnant but courageous enough to take things to the next level. I already know, as proved many times before, that Three60 won’t let me down!