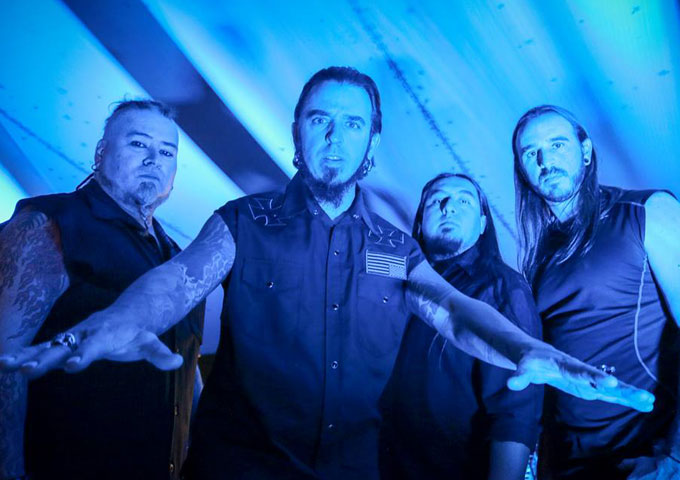 Mesa, Arizona metal band, Strip The Soul is made up of Mark Fowler (Lead Vocals/Rhythm Guitar), Nate Fowler (Lead Guitar/Backing Vocals), Madio Gonzales (Bass guitar) and Marc Vega (Drums). The quartet recently dropped their 10 track album “INANIMATUM”, as well as the single and video for “Bloodshed For Days”. The pure force on the album is enthralling as it is frightening, and blasting this album full power is the only volume acceptable for such a release. The guitars push this album full throttle, giving each and every track the ability to crush a listener’s skull under the right circumstances. This is expected from a metal album, but on this disc they take it to a whole new level of intricacy and strength which definitely makes this stand out from the rest.

The drumming on this album also lives up to the grandeur of the guitars. Each and every percussive note is easily audible through the guitars due to its incredible clean playing. It’s clear that the drums are also a driving force here. And speaking of bass, Madio proves that when a backbone is needed to keep a song strong, the bass guitar is always there.

The deep thump from Madio’s bass is never far away and gives a highly strung atmosphere to the entire album. Vocally, Mark Fowler is outstanding. He compliments the music to a tee, and his harsh and grinding voice makes it feel like he was designed to drive the tip of Strip The Soul’s dagger into the eardrums of listeners. 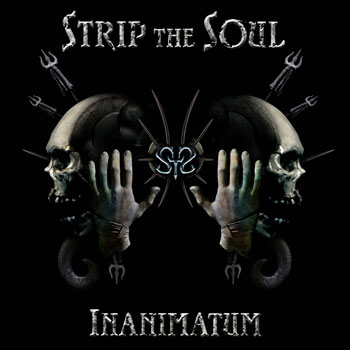 Right from track one, “Bloodshed For Days”, the guitars are crisp and crushing, the drums are seismic and the vocals blast through our speakers with indomitable force. Tracks like “Lahar” and “Phayd” blend technical death metal riffs, crushing thrash beats and roaring, guttural vocals.

And on each subsequent track Strip The Soul continue to craft high quality, high energy speed with as much musical flair and panache as anyone out there. Other fine moments include the vicious, quasi-death metal of “40 Winks” and the vintage stomp and slash of “Death Stench”, which features some of the album’s best riffs and a ridiculous amount of vocal pyrotechnics.

The latter half of the album is just as vicious- it kicks off with a real banger in “No Regard” and does not let up from there. The material here is concise and epic sounding- no mean feat- while the band are playing with some real fire in their bellies, especially on “Dead Folks” and “I Am”.

The key aesthetic of this modern sound is a combination of early speed metal driven riffing with well-timed grooves, death metal like-chord progressions packaged with a thick guitar tones and a sense of heightened complexity.

One of the major criticisms that thrash and death metal bands often receive is that they simply rely on the common, rehearsed and reheated type of song structuring we almost kind of expect from them, but with Strip The Soul you hear and feel their genuine effort to make each song memorable on their own, and not half-hearted, forced efforts compiled from leftover demos.

In a world where bands are all trying to progress to continue to remain relevant, sometimes you just need to listen to music which is nothing more than it ever has always been. This album is just pure, raw power right in your face.

The way metal has always been, no matter how you break it down into sub-genres. Right from the stupendous artwork, the band’s compositions and the immersive production, there are zero complaints. “INANIMATUM” will devour you with its massive sound!