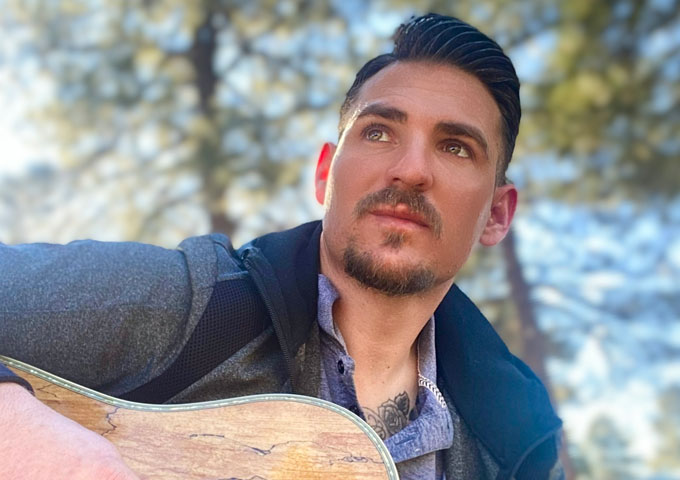 Sean Saint Velvet’s guitar is more than just an instrument; it’s a bond that keeps the artist focused and grounded through his life. Sean started his musical journey in 2016 when he was gifted with a guitar during his time as a Marine by the wounded warrior project. Subsequently, this provided him with the perfect opportunity to start learning to play guitar and cope through his struggles of PTSD with the help of music. A look through Sean’s works reveals a keen eye and great sense of composition, albeit with the simplest of arrangements.

Sonically, Sean Saint Velvet’s latest single, “Memories” follows the singer-songwriter’s usual blend of understated, acoustic, guitar-driven folk, pop and rock wizardry, where every word punches through the music without any of it becoming overbearing.

Sean’s appeal comes mainly from being very direct, and articulating deep emotions in ways that really hit home for many people. Every piece of personal inspiration shines through in both Sean’s vocals and his guitar.

Sean Saint Velvet has an innate ability to capture the theme and tone of the piece that inspires him while creating music that is sound enough to stand on its own. His guitar strum is clean and surefooted, while his vocal melody is unpretentious and unforced, concentrating of unfolding the song’s narrative.

Pieces of stripped-down artistry like this are very rare. For an artist of any persuasion to put down something so personal yet universal, recorded so spontaneously but with such depth takes an intuition and bravery not gifted to many.

Sean Saint Velvet voice is earnest and resonant whilst the guitar easily carries the passionate lyrics. There’s no doubt that this song could handle a much bigger arrangement, but sounds just perfect as it is. It’s depth is accumulated from the weight of honesty and the connection between artist and listener.

Listen through headphones in a darkened room and you’ll see what I mean. “If I could have one wish in life. That wish would have to be. God take away my pain, and send it back to me,” sings Sean, as he maintains an aura of afflicted but peaceful introspection.

The song is constructed with sincerity, care, and a compassionate fascination with life and connection, and an innate understanding of the way overlapping emotions and afflictions can color our memories. It’s a track for late-night drives and solitary Sunday mornings when every distraction is muted.

The production of “Memories” is crystalline, pure, minimal and authentically organic, where the music is performed to enhance the lyric. The song has a lovely evocative acoustic guitar and Sean Saint Velvet’s voice, together with the narrative, is compelling.

The song shapeshifts with each listen and spells out additional meanings to appreciate in connection to your own experiences. Ultimately, “Memories” paints an evocative image for you to process.