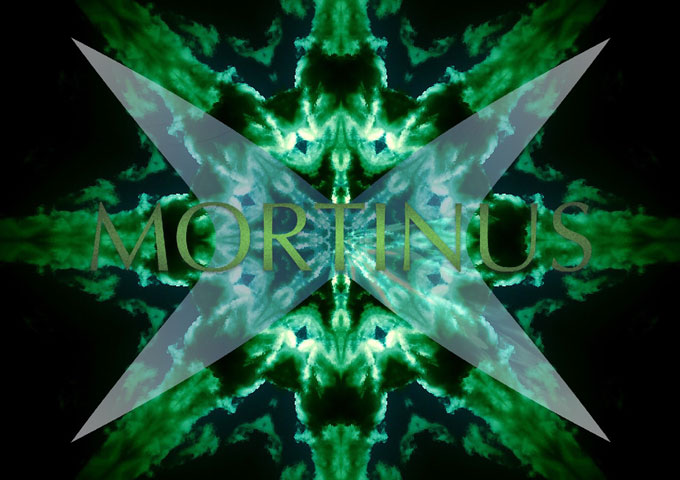 It’s the end of 2017, and the electronic music market is a crowded one. The emergence of platforms like Soundcloud have had an undeniable impact on this particular style of ambient, world music in the mainstream, making it harder for talented artists like Danish electronic producer, Mortinus to carve out an identity in such a cluttered landscape. Yet he has not surrendered, completing a number of interesting releases this year. Including his latest EP, “Black & Green Mornings”. People complain about electronic for all sorts of reasons, some going as far as calling it fake music because of its reliance on computers and synthesizers rather than a composition of instruments. But if you want to prove electronic music has soul, look no further than Mortinus’ much-anticipated new studio recording, “Black & Green Mornings”.

The recording continues to take the ethnic turning found in Mortinus’ more recent releases and transforms what at the surface seems like a chill electronic mix into a glowing percussive sonic journey. You will find yourself immersed in not only in an EP that uniquely fuses several styles of music, but also diverse instrumentation. Mortinus experiments with his beats to create a dreamlike, nearly cinematic experience.

Each beat drop is an auditory and almost visual journey. Sometimes you can’t even tell if you’re listening to high-pitched string instruments or oblique vocal samples. Nonetheless, you’ll find yourself immersed in the songs’ impressive ability to encapsulate its listeners with a plethora of layered beats.

The opener ‘Unknown Mornings’ is a sly way to start, as its chaotic mix of tumbling percussion and repeated string-type notes make it difficult to know what to expect from the rest of the record. It’s an ephemeral piece that fleetingly rests on one musical motif before morphing into another. It makes for an attention-grabbing intro.

As with much of Mortinus’ work “Black & Green Mornings” is the result of a myriad of sounds, textures and techniques most of which are strung together expertly and imaginatively. The title track, in both part 1 and part 2, is dominated by the percussion which is an integral element in Mortinus’ arrangements on this recording.

Part 1 of “Black & Green Mornings” ebbs and flows, finding new pathways to build to an ethereal intensity informed by world instrumentation and incessant percussion. Oscillating and chameleonic modular synths create a universe of sonics and percussion that recall Northern African cultures like Morocco, Algeria, and Tunisia.

Overall, this 3 track recording represents another step forward in Mortinus’ musical development, keeping what was already strong in his music but adding more color and depth.