Madd Hatter releases his first full-length album entitled “Mental Skillness”. The play on words in the title is smart, but it is also indicative of the subject matter as this is a concept album centered on mental illness. A copywriter by day, and rapper by life, Eric Gorodetsky artistically known as Madd Hatter, explains that “Mental Skillness refers to the creative prowess usually associated with someone diagnosed with major depression or bipolar disorder.”

A Florida native, Madd Hatter who currently resides in Chicago, further explained that the specific album release date of October 6th, 2016, is in reference to Lewis Carroll’s Hatter, who wore a large top hat with a hatband reading, “In this style 10/6.” 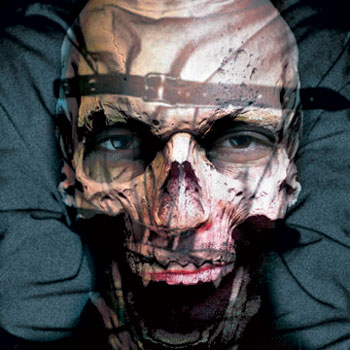 To discover how cryptic, yet how blatantly bunt and to the point Madd Hatter’s lyrics are, you need not go further than the opening track, “Stained Memoriez”, and lines which read –  “Sometimes I fight to feel, this heart you had no right to steal. I used to kill to find time, now all I find is time to kill (So might as well)” or “I know I called you up a few dozen times too many. Sixteen was probably plenty, but I went and doubled twenty” and “Why can’t things stay the same? You moved on, but my feelings remain.”

As can be seen, Madd Hatter uses simple words to great effect, which is able to reach anybody. Now take a listen to some of his more blazoned contemporaries. You’ll hear gigantic words that paint multicolored pictures of…nothingness!

The continuation of the album lyrically, beats a similar pathway, as Madd Hatter proves to be a resilient wordsmith with a knack for complexity described with simplicity. This no doubt has to do with his being a ‘Copywriter by day’. How else would you describe lines like “Future misgivings, and this is not living. No seatbelt ‘cause I’m just not driven”, taken from the track “Mental Skilnness”.

But this album, and Madd Hatter is not just about lyrical supremacy and the concept of mental illness. The anti-bullying track, “Hitting Back”, displays a strong melodic streak and a great lead vocal which is extremely satisfying to hear on a rap album.

Another amazing trait of Madd Hatter’s songs is his uncanny ability to include incredibly catchy vocal hooks. I kept thinking, ‘damn that was good,’ only to discover that the next one was even better. I’m still humming to the ethereal and mesmerizing female-sung hook on “Bex Therapy”. 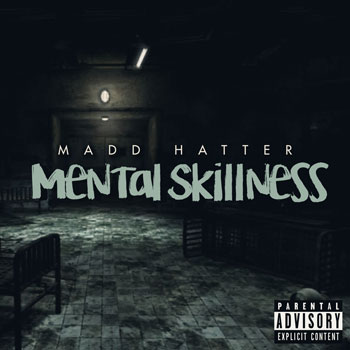 And if you dig something with a soulful R&B vibe and hook, just slide into “Destiny (feat. Superhype Mic, Dugglas Plum$ & L_Radd)”. The beats too, pretty much hold their own. Every track on this album is bumping from start to finish, and you will never receive any hint of boredom from the instrumentals, which move from futuristic sounds like the backdrop to “Hustlin’ (feat. Breana Marin)” to smooth organic soundscapes such as the aforementioned “Destiny”.

Madd Hatter has an amazing rhyme style which he unleashes in every single song. His raps are easy to understand but he manages to still make them outstanding. The loose and easy flow also makes his songs sound great, and when he begins to pile multiple rhymes on top of one another you know you’re hearing a classic.

Madd Hatter’s rich narratives takes his listeners on a complex journey on “Mental Skillness” – entrenched with personal conflict, laborious relationships and social pressure, describing what life is like living in a ‘different state of mind’.

However his character’s powerful ability to navigate his own mind, body, and spirit through various obstacles and explore as well as defeat the environmental factors stacked up against his condition, will hopefully inspire profound thought about mental illness in general. As Madd Hatter’s music paints a picture of how his characters are affected by and cope with mental health issues, the lyrics could provide a valuable way for young people to understand and consider their own vulnerability and life choices, but in a way that is relevant and accessible.

With both the negative and positive experiences depicted on this album at hand, they can start to look at their own situation in order to make more informed and empowered choices of how they treat and relate to themselves and others – mentally afflicted or not!