Lewis James: “Sort It Out” – excellent songwriting, producing and musicianship!

The new single, “Sort It Out”, by Manchester-based, indie alternative-rock musician, Lewis James, will be released on the 17th of August. While the album, “Thoughts from the Desk” will be available from October 2015. There are many great things to be said about this single, the best of all being that it encapsulates the best of Brit-Rock influences music into one song. 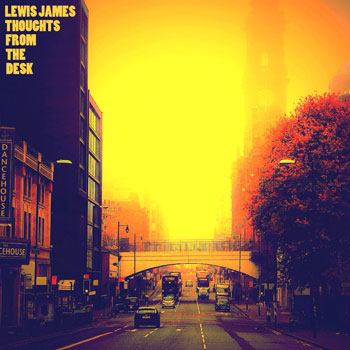 One could go on about the hooks, and the song-writing, and the diversity, the jangly guitars etc. The bottom line is that you can never really define what makes great music, yet you know it when you hear it. Lewis James just has it; it’s in the style, the sound and the vocals. The song is sympathetic, antagonistic, intimate, and catchy all at once. James’ lyrics are pointed and clever, as is the sparkling upbeat rhythm.

“Sort It Out” sounds surprisingly fresh and vibrant, simply because the composition is so detailed and subtle, compared to so much other stuff in this genre doing the rounds currently. Lewis James blends a myriad of musical and poetical influences and then releases a monumental, melodic pop-symphony out of the speakers. 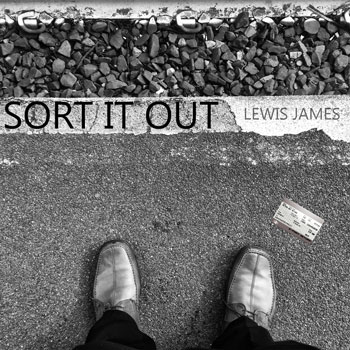 Think of everything synonymous with going through a bad patch in your life, both economically and sentimentally, now imagine those issues scrutinized by an artist with as much insight and wit as James shows here. What results is a song that encapsulates the good and the ugly of trying too hard to be ‘somebody’; where success and failure are two sides of the same coin. It decries the burgeoning materialistic spirit of our time and all of its consequences.

For the most part, your initial response to this single would be that it is a brilliantly catchy, light, and bouncy tune which has a very good hook in the chorus, but if you give it a couple of spins you will find some excellent songwriting, producing and musicianship from Lewis James. “Sort It Out” carries on the legacy of great Brit pop and rock music which dominated the nineties. An essential listen for fans of UK-based alternative rock!