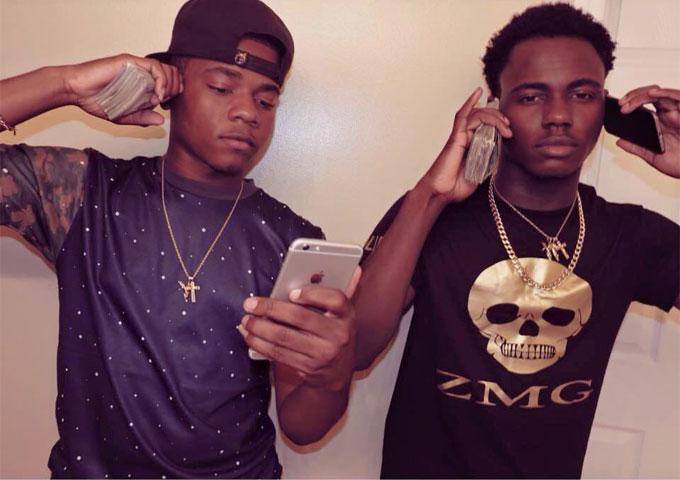 Kenson: “Unexpected Come Up” – blunt, honest, and straight to the point!

Kenson is a Haitian American rapper from Fort Myers Fl. He is a member of Zoe Money Gang ( ZMG ) , a rap label created by DatZoeOfficial? and Chef Zoe. Kenson started rapping at age 10, when his rapper cousin John.B, who himself later gave up on rapping, passed the dream on to Kenson.  Later on Kenson hooked up with producer and beatmaker Hero Beatz, who produced all his beats. Kenson also decided to start his own label, “Trust & Believe Music” late in 2012.

Kenson has recently dropped his 15-track mixtape, “Unexpected Come Up”.  From the start, the mixtape evokes what make mixtapes so successful. A small group of producers help the sound remain cohesive. A handful of guests keep the rhythmic relation of the lyrics against those instrumentals consistently formulated. Kenson, on the other hand, is large and in charge throughout the project. His simple yet nuanced flow and rhymes dominate both his choruses and his verses. “Unexpected Come Up” is a mosaic of the sounds resulting in a very concise, inspired package that is sure to keep the neighbors awake for the next few months until Kenson decides to arbitrarily release yet another mixtape or album, which given his track record as of late, is a very real possibility. This features a slew of codeine drenched tracks. Here, we have Kenson working will several producers including DatZoeOfficial, Cheff Zoe, Dah Youngin, Slick Dolo, Alkalineer, MagikC and Hero Beatz, who certainly bring out the best in Kenson as an artist.

There is a whole lot more than inebriated crooning going on, but rather a series of anthems that do more than their job. As far as lyrical depth goes, expect the usual grinding fare – struggling, sex, drugs, money! But given the genre that this record identifies as, any firm of lyrical depth would be superfluous at best.

The recording has its fair share of features where you’ll find the likes of DatZoeOfficial, TayF3rd, Dah Youngin, JSemple x Slick Dolo and Wiz Trill showing off their emcee wares. Overall, this mixtape is for you, with its banging beats, hardcore lyrics and varied styles, provided that you enjoy Kenson’s gritty street sound. “Unexpected Come Up” is blunt, honest, and straight to the point! Play it LOUD!