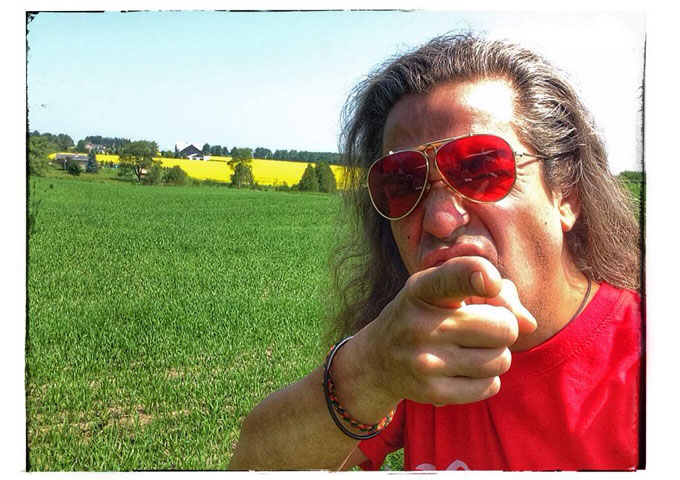 “Red Omen” is a truly great release by an artist that elevates the genre. Heartfelt, passionate vocals meet truly great songwriting craft. Ed Roman has a sense for creating mood, atmosphere, and space within the songs, and the production on this album is first-rate. I have listened to Ed’s previous releases, but as soon as I heard this album, my jaw hit the ground! Not many modern day artists have this effect on me these days. 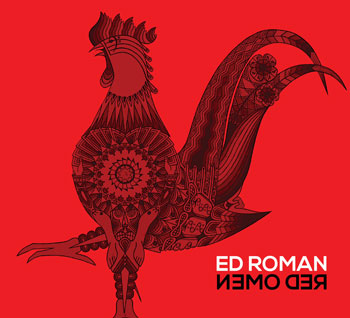 Ed Roman is a great singer-songwriter, with a damn good backup band to boot. And just to get back to the point about ‘elevating the genre’, I bet you’ve been thinking, ‘which genre’. Well, to be honest, Ed does not play any one genre of music; he is a genre unto him himself! Off, on, here, there and everywhere, Ed dabbles with melody, harmony, rhythms, textures and tones.

On the opening track he’s playing one thing, and then by track three he is totally across the board and somewhere else. At times electric, at others acoustic, with lyrics so cleverly cryptic, you’ll wear out the replay button before you get past the first verse of any song.

To be brutally honest, Ed Roman is any music reviewer’s nightmare. He just doesn’t stay in one place long enough to be boxed in. And we all know how reviewers love to wrap artists and music up into neat little packages. Be warned, when you hit play on “Red Omen”, there is no final destination.

You have just purchased an open ticket to anywhere, and everywhere Ed Roman wants you to go. Have you ever purchased an album, and within the first round of initial spins, you know it’s going to rank among your all-time favorites, even though don’t know what the heck is going on yet? This is that album.

“Red Omen” is a magnificent recording filled infectious energy and unbridled emotion. Ed Roman really knows how to express his feelings threw his music and gets on with the job here. More than listening to a recording, I felt like I was attending a live performance. 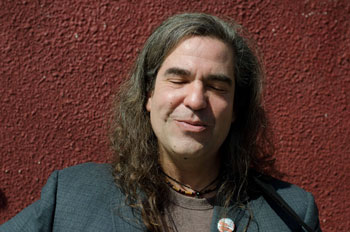 The whole atmosphere, from the opening title track, “Red Omen”, brims with candid vibrancy, as if the whole band was doing a live take. But the crystal clear recording and distinct instrument separation induced me to believe otherwise. This is a natural ability that Ed carries throughout the entire album, and it makes for an undoubtedly thrilling experience.

It seems Ed’s voice and creativity have just flourished, and the band makes every song all the more rich sounding. This album is of the highest musical quality, and sets itself a step apart from other modern music. It’s quite incredible how Ed Roman can switch from the soft Americana sounds on “Lay One Down” to the raucous rock of “Clone The Sheep” or the bristling art-pop of “I Wanna Be Free”.

However nothing can prepare you for the masterpiece that is “I Am Love”. This is without a shadow of a doubt the most powerful song on the album, both lyrically and musically. The music and vocals are just the right blend of familiar and nostalgic, yet captivating and thought-provoking.

This album is by far Ed Roman’s best, which is especially impressive, when you consider how amazing his earlier albums are! Now the question is: “Where do you go next, once you’ve hit the highest step on the ladder?”