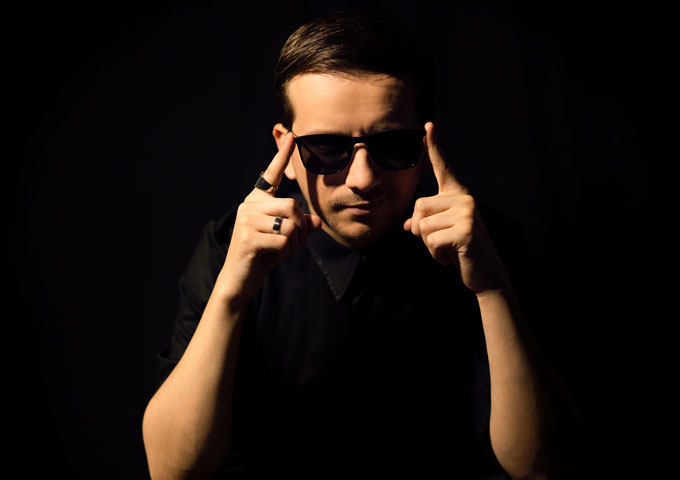 DEEPSYSTEM often deploys a smooth kind of Reggaeton with hints of trap and dancehall; in Latin America, Reggaeton is still thought of as repetitive and only suitable for dancefloors, but he explores its wider potential. Since his earlier releases, DEEPSYSTEM and his longtime production have relied on a clever combination of handpicked elements – beat, synth line, bass – to prize subtlety over grandiosity. His style is transcendent, and it gets to the heart of why dance music like Reggaeton can feel so powerful. At its best, the new single, “Masoquista” achieves this magnificence. DEEPSYSTEM and his sonic crew make you come to them, with a shared sense of explosive, downright explosive musicality and a sultry, propulsive rhythm.

DEEPSYSTEM approaches his individual tone, audaciously and uniquely, as he peels away layers of Reggaeton’s usual magnetism for a sound as compassionate and vulnerable as it is passionate. Rather than barking stark lyrics, he has a melodic conversational tone in league with U.S.A trap-hop and R&B’s finest purveyors.

DEEPSYSTEM’s sound is as crucial to the currency of world music, global pop and urban as his peers. Along with Joel the Alien and JaviMusic, he has recorded a memorably melodic song, with a zesty groove, a humid atmosphere, an intricately complex arrangement and lyrics that do their best to unite all urban music markets and moods, while entertaining their devotees.

DEEPSYSTEM has been capitalizing on the momentum of the burgeoning Latin trap scene for a couple of years now, having teamed up with some of its most skilled practitioners. “Masoquista” has to be the most focused and well produced track in this series so far. Radio stations will soon come to rely on his fairly prolific output, as will content-hungry streaming platforms.

Singing sensual rhymes in Spanish, DEEPSYSTEM delivers pinprick emotion and lusty atmospherics. His sweet and tender croon gives the music a powerful dynamic range. It’s an addictive number – with endless day party and late-night club potential. And if it hasn’t already, it’s sure to draw a lot of attention.

After three and a half minutes, the whole affair is over so soon that it makes you want to go back and live through it again. Created in the same high quality mold as some of his previous releases, the Reggaeton vibes seep even harder into this song, which wrenches at the heart thanks to its sincere combination of sporadic horns with a slow, thudding beat. DEEPSYSTEM’s heightened bravado can be heard as he trades verses and choruses back and forth with silky smooth precision.

With this brand new track, “Masoquista”, DEEPSYSTEM and his production crew continue spearheading a new wave of Latin-styled electronic music that’s expanding the very definition of what Reggaeton and urbano-styled songs can accomplish on a modern global stage.

DEEPSYSTEM shines through when he embraces the melodic, suave textures of this song. “Masoquista” is a document of how far DEEPSYSTEM has come with his artistic quests, while at the same time, it is a blueprint of where he may be heading. It’s about crafting a catchy, unifying, and modern global sound, while honoring its roots.