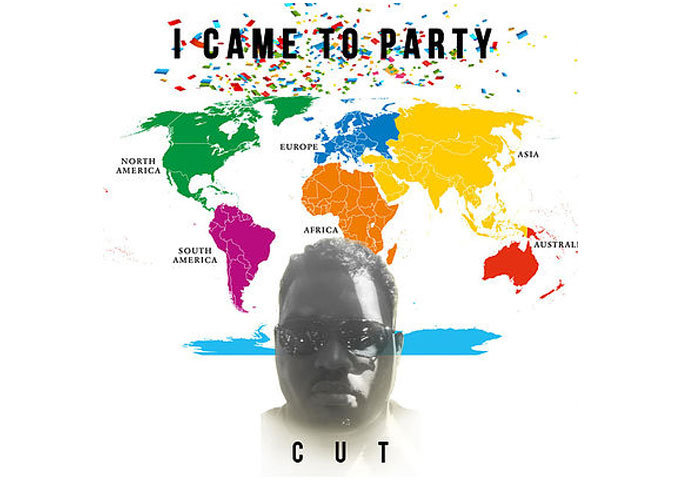 Cut – “I Came To Party” – solid and sleek as finished marble!

Cut who has worked with artists such Snoop Dogg, Lil Boosie and Teflon, among others has taken his streetwise rap attitude into the sleek sounds of the club with his latest release “I Came To Party”. Cut is an artist from New Orleans who grew up in the St. Bernard Housing Project, suffering from poverty, drugs and violence. Now the artist steps up to the plate with a happy groove and party vibe taking his sound to a whole new level. It is fair to say though, that his tracks have always had a flair for melody and rhythm, and that “I Came To Party” takes those elements to the highest level.

This is as solid a track as an artist of Cut’s status and talent could hope for, as he’s a tough artist to categorize. He can spit rhymes with the best of his contemporaries, but he’s also got quite the voice to buoy his rap talent into singing, something that not a lot of rappers come by so organically.

I have a feeling that this track has been a long time in the works, but the reason for the delay is now apparent: Cut was aiming for perfection. And the wait seems to have paid off. “I Came To Party” has been receiving consistent praise from the critics. Instead of dropping a track right away after his previous rap releases, Cut obviously spent valuable time that would ultimately lead to a very impressive sonic switch. Cut worked on his performance, polished his persona, and finally put his grind to the test with “I Came To Party”. The performance by Cut is solid and sleek as finished marble here, which makes for one very listenable and danceable track.

Cut, with his melodic candor and snappy flow, offers a bright, fun alternative, to his melancholic trap contemporaries, and his intoxicating motifs seep through the track: “Today I came to party. Drinking with my girls, drinking with my boys.”

Cut has plenty to offer, and much of the track throbs with vibrant energy. He’s a vigorous emcee and singer, who throws a lot at you. This is a pop song steeped in hip hop and electro-dance sensibilities. It’s one of the first of its kind in quite some time.

“I Came To Party” comes at you with a disarming charm and wit, and a wholesome nature that makes every word Cut sings, sound honest, uplifting and heartfelt. Signaling to every other emcee that there’s fun and happiness to blend in with all the suffering, and that happy days are to be had to balance all of the apparent sadness in the world.

It’s a pop music silver lining of a track at play here, one that elevates the spirit as well as is a perpetual listening good time, quotable and memorable hooks, a brilliantly catchy melody and nearly note perfect production, allowing for Cut to shine as bright as humanly possible on “I Came To Party”.