LATEST NEWS
GMT+2 05:05 AM
Home New Releases Armada Named Sound: “Starchildren” takes what you expect from electronica and twists it! 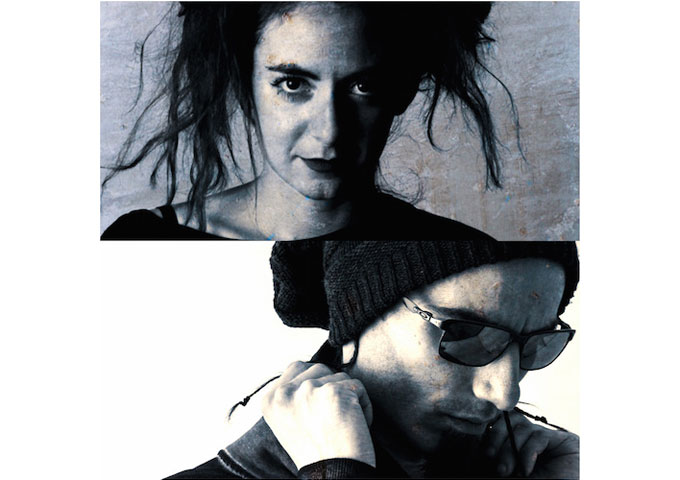 Armada Named Sound: “Starchildren” takes what you expect from electronica and twists it!

Posted By: Rick JammPosted date: May 22, 2015in: New ReleasesNo Comments

Armada Named Sound is an electronic music band consisting of Maus and Andromeda S, based in London. Their music influences vary from Michael Jackson, Prince, Madonna, Grimes, Gwen Stefani to Bjork, Massive Attack, Portishead, as well as classical and rock. Their sounds and textures combine to produce songs varying from electronica and synthpop to trance/techno and trip hop. Armada Named Sound’s debut 4-track EP, “Starchildren” was released during March. If you’re one of those music fans who likes both 80s synthpop and more recent dance music, but also somewhat older pop classics, this album won’t fail to please you. The influences here are multiple, and all of them beautifully employed and transcended.

“Starchildren” offers a diverse array of songs. Some tracks are lean and direct, others more lush and layered. It is not in the least a rehashing of anybody else’s works notwithstanding the influences. These songs have fresh energy and considerable originality, while also bringing to mind some great pop and electronic music from the 80s, 90s, but also present EDM hits, and harder hitting underground tracks.

It is as close to perfect as a debut EP can be – pure electronic bliss. Andromeda S’ vocals are so seductive you would follow them off the edge of a cliff. She’s gorgeous in a grungy way, while Maus lays down some heavy electronic riffs; the beats are addictive. In my opinion, the best fusion of synths, vocals and retro sounds around.

From the time “Afterdrive” opens the EP, Armada Named Sound maintains the dark intriguing atmosphere but never quite crosses the threshold of sanity or jumps down your throat in any chaotic way. There is the occasional moment where songs like “Droid Dance” or “Blindvlei” seem to be on the verge of becoming unhinged and a mesmerizingly manic sound threatens to emerge from beneath the catchy surface, but the duo keeps the songs floating along on an effortless sheen of cool electronic groove that only Armada Named Sound seems to be capable of. Nowhere do they seem to succeed more than on the outstanding “Fixation”, without a doubt the best track on the EP.

On “Fixation”, Armada Named Sound takes what you expect from electronica and twists it. And just when you expect a drop, or build-up, it grabs you by the arm and kicks you up the backside. The interplay between female-male vocals also adds an extra aural dimension, and one the band should play on more frequently, in my opinion.

“Starchildren” is an unbelievable debut, and sort of indefinable as genres go. Armada Named Sound does successfully push the envelope of electronica while managing to be innovative in a quickly evolving genre. If you want something a bit more challenging than what is on the electro-dance shelves in your favorite music store, jump into “Starchildren”!