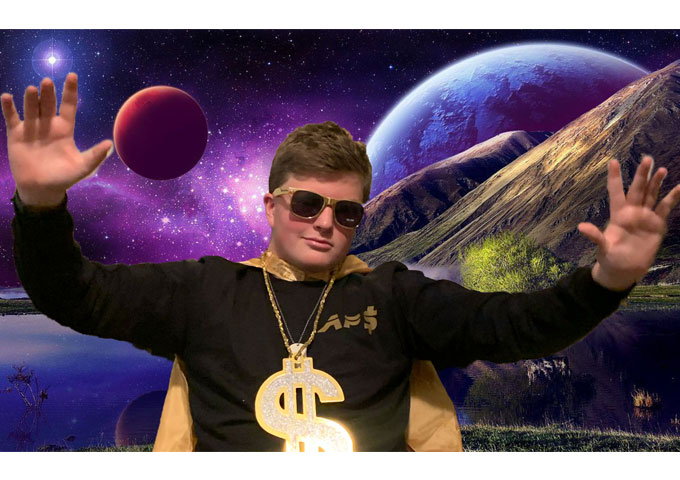 AP$ – “FRAMEWORK” leans into a wide palette of sounds and styles

Austin Stevens, artistically known as AP$, is a highly streamed young rapper from Knoxville, Tennessee, who has a successful first release “Kahoot Rap”, and his debut album “FRAMEWORK” out now. In the process of building his brand, the ambitious young artist has put together a balanced album of introspective and party songs to showcase the multiple perspectives of his evolving craft. AP$ has definitely improved as a technician, making his raps more mobile and structurally sound, and his rhymes don’t pass by as if on a conveyor belt. Most times he has his own laid-back, hazy style which is uncontaminated and deadpan, almost as if he is in private conversation with the listener. Then suddenly he will explode and really goes for it. He does triplet flows. He splits punches. He packs cadences and stacks phonetic sounds, and flexes his harsh screaming voice.

AP$’ raps boasts imaginative, sometimes unpredictable, often surprising constructions in their presentation. Many songs show that AP$ is also capable of flourishing in more melodic spaces. His best rapping gets packed into “FRAMEWORK”, a free-flowing outlier that’s as natural and fun as the more whimsical songs in his catalog.

On this album AP$ spreads himself wide, with success – rapping as if he could win over naysayers, singing in the key of crossover pop, and touching various styles in search of diversity throughout the 12 songs. On the opening title track, “Framework”, AP$ delivers soft chords, hand-claps and warm strings, as he smoothly bounces his voice over the backdrop.

“Lifeee” is loaded with a booming bass and skittering hi-hats, while AP$ flexes the nuances in his flow. “Self Destruct” carries a bluesy funk production and some edgy rhyming from AP$. The hook is groovy and powerful.

“Magic” is built on busy hi-hits and a growling bassline for an extra minimal beat which is just enough to support the bars on top. “Ahi Tuna!” is a thick voiced tidal wave of energy that sounds unlike any other song on the album. AP$ sounds like he’s enjoying himself on this one. On “Gimme da Cheez” AP$ raps with a mellow energy and a tongue-in-cheek mindset, over a playful beat. “Impulsive” sees another switch in direction and style. AP$ uses his deadpan, monotone voice over a dramatic and dynamic beat, and the contrasting juxtaposition makes for a strangely interesting track, horns and all!

In the second half of the album, AP$ tries to get more in tune with his lyrical side, and this much is quickly evident on the urgent “Villager” and banging “Marker”, on which AP$ puts more weight into his rapping voice, with excellent results.

The bass slow-drips sticky juice on “Ligma” as AP$ easily roller-blades his way across the beat before finally switching on his harsh voice again. The energy is menacing on “Insane”, as the more aggressive AP$ persona eclipses the softer side. The album closes with a cowbell-like induced rhythm and a downward-spiraling bassline on “OK”. It’s another minimalist beat that works perfectly with AP$’ rhyming.

Overall, AP$ leans into a wide palette of sounds and styles, as “FRAMEWORK” embraces modern trap aesthetics as its underlying primary colors. AP$’ sonic temperament, incorporates a variety of voicings paired with a deadpan swagger. This is the pivot of a young artist not just trying to run with the crowd, but dreaming of getting ahead.