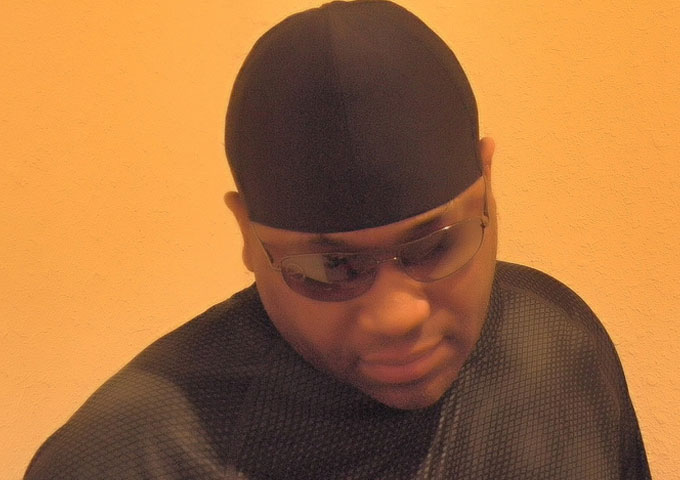 H-Town native Triple X 2000 began his pursuit and interests in the music industry as an artist, writer and producer of his own unique genre that he calls “Aggressive Pop”. TripleX 2000 was born and raised in Houston, Texas where as young as 13 years old, he began singing and having influences by some of the biggest legends in music history. Some of the artists he felt the most influenced by were Sam Cooke, Marvin Gaye, Curtis Mayfield, The Isley Brothers, Micheal Jackson, Prince, George Micheal, Bob Marley and Rick James. Triple X 2000 has also been influenced by some of today’s most notable music stars such as Andre 3000, Knarls Barkley, Lenny Kravitz, The Black Eye Peas and Sananda Maitreya.

Besides being on the creative side, Triple X 2000 also has equally the same interests on the business side of the music industry as owner of his Get In Da Groove Music Publishing Company and is also a member of ASCAP and BMI , producing and writing all of his own material for independent releases. Triple X 2000 is now preparing to release his debut album, The Triple X Effect, which underlies his aspects on life, sex and political issues that has affected and influenced his writing over recent years. He is currently repping his brand new single, “Shake It”.

TripleX2000: Well it started back in the early 1980’s when I was inspired by Michael Jackson’s performance at the 25th Motown Anniversary Special and then I joined a few music groups and later on in 2000 I started a solo quest that stands today.

TripleX2000: Sam Cooke because outside of being a great writer, artist, singer & producer and by far the complete package he actually trended the music industry on the business aspect as well. No other artists other than Frank Sinatra in the 50’s & 60’s had their own label, and now every artist in the business has their own label and publishing company. Sam Cooke was a self-educator like myself that thrived in his era.

TripleX2000: Andre 3000, Pharrell Williams & Kanye West are current artist I am paying the most attention to now and any three would be an honor to collaborate with, but I would love to work with Andre3000 more because he has absolutely no boundaries like myself ,so it would be like working by myself really, because we like to go into the unknown creatively.

TripleX2000: I come on the scene with my own genre so it’s like who can dominate your genre better than you? Who can judge something new that you are doing that people know nothing about to say you doing it right or wrong. So it’s really like trying to find an audience for it.

TripleX2000: I was always out there being daring and mentally jacked up so it was easy to think of a name that really represented that, so TripleXetreme is what it means and I added the 2000 to it as homage to Andre3000. What artists in the 21st Century will represent in the future of music.

TripleX2000: Creating songs in the studio because I have so many songs to produce and so little time and life is too short. I am a perfectionist and hate leaving any project undone so I am more of a creator than an entertainer but however, when I create a well-produced tracks I can’t wait to perform them.

TripleX2000: Sam Cooke, Marvin Gaye, George Michael, Michael Jackson & 80’s Pop but the artist that had the most influence on my music is the “Purple One” Prince. I was able to test the boundaries with my lyrics like he did disguising the meaning of a lyric to make the listener believe they think they know what it means but having a totally different meaning than it really is. 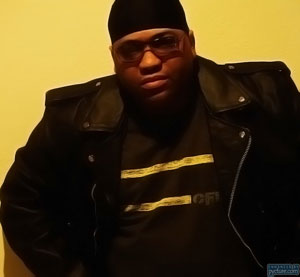 TripleX2000: Shake it is actually a song that was vaulted for 10 years and I took my time to finish it because throwing something out that is not ready for release is not good for anyone. It took the right producer to work on it with me to bring out the sound it deserves. I am so proud of it that I actually listen to it like it’s not even my track. (Lol)

TripleX2000: Well after completing any track I produced with any of the different producers I work with we all noticed that there was a difference between the sound I had than what other mainstream music that was normally being played on the radio. It really didn’t fit in any genre category so I decided to call it Aggressive Pop because it was too strong to be labeled as traditional pop and too weak in some ways to be just hip-hop alone and doesn’t really qualify as rock but has more elements of pop than any of the other two genres so that’s where the name came from. It’s like a style within a style I call it the Jeet Kune Do of the pop because of its different genre infusions that defies music logic.

TripleX2000: It’s just my own personal platform that comprises of a label, production company and music publishing firm that was created solely for my music endeavors. I was christened that name by ASCAP but ironically it actually represents my genre Aggressive Pop.

TripleX2000: Being able to be free and independent to create and promote the way I feel should be with my own music without any interference from anyone. The aspect that discourages me is that the radio and large record labels have been bed fellowship for so long that any artist that isn’t part of their circle basically gets ignored and hasn’t got a chance unless they break through with on spot self-promoting and a huge fan base that buys their music . It’s like Prince said, you are really a slave when you do get into that circle.

TripleX2000: To give every artist a fighting chance to share their music with the masses and level the playing field for indie artists in this business because you have a lot of them that have more talent than those mass produced superstars that are forced fed to the masses and the only difference is the bankroll their label puts behind them to market and promote them….in other words I say, let the people decide what they want to hear not the radio stations playing an over hyped song times a day.

TripleX2000: I want them to feel more than just the beat, the lyrics & the hook. They should understand the meaning of the brand that is behind it and don’t be afraid of change and just let the music take them away.

TripleX2000: The best piece of advice I ever got that I followed is write and produce your own music create your own sound develop your own brand. The advice I didn’t follow before that I do now is promote your ass off because you can release the best song in the world but if no one knows it exist then it doesn’t exist.

TripleX2000: The most difficult thing I had to endure in my music career is life itself, things change as life changes and nothing is a guarantee. There are distractions that take you off your course and off your game a little and you have to adjust and keep moving forward to get your goal complete by any means necessary.

TripleX2000: Yes I do, because social media and the internet actually gives today’s artists especially indie artists a fighting chance against the odds. I am a Twitter artist more than anything so I try to be more involved with building a close relationship with my fans.

TripleX2000: To evolve with my music and then guide young artist after I’ve had my run, getting more involved in producing, managing and publishing fulltime.

TripleX2000: Marketing and promoting is the hardest things to do because you have more artists now than ever so there are more flavors for fans than ever before so I am on the social network grind daily introducing my brand to the masses. At this time I am self-managing at the moment so I am able to control the flow of my career as I am moving forward.

TripleX2000: I do have a slogan I use “Changing music one song at a time”