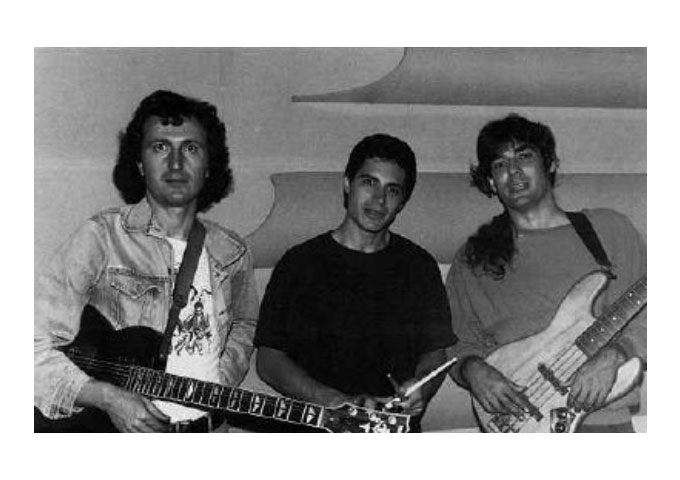 Orhan Demir is a Canadian jazz guitarist who has released several albums. His first release in 1986 “The way I see you”, followed by the second in 1987 “North West”, and the third in 1988 “Windmill”. In 1989 Demir dropped the solo acoustic album “Sultan of Strings”, followed by “Hot Cargo” in 1991, “Originals” in 1997 and “Guitar Plus” in 1999. All of his albums have received great reviews from Jazz Times, Down Beat, Guitar World, Cadence, Options, Coda, and others. The Orhan Demir Trio is currently a featured music group on the Push Power Promo music network, and is promoting his album “Originals”, which features a collection of acoustic and electric-guitar driven tracks, recorded during different time periods in his career. Born in Turkey, this Canadian guitarist leads his valiant trio through a set of 14 originals which feature blazing jazz guitar motifs.

Orhan Demir treats his guitar like a blank canvas, with no limit to what he can create. While maintaining a technical prowess in the traditional sense, he isn’t afraid to experiment with the sounds the guitar is able to create. The musicianship on this album is all round superb. The trio seem comfortable with each other, and all three add their own unique styling to the fray. It’s a jazz album that remains approachable to many a listener. Fans of a blend between early John McLaughlin and Wes Montgomery styles would find an interest in this album, though this tends to stay in more accessible time signatures.

One of the things that always bugged me in most jazz music, is while improvisation is embedded in jazz, solos often wonder so far astray from the main theme it can sometimes be hard to recognize it as a song.

Thankfully a lot of jazz has evolved into music that is more focused between the interplay of the entire band rather than just the individual prowess of the musicians, and “Originals” is an excellent example of this. It obviously, predominantly showcases Demir’s outstanding playing skills, but never abandons the importance the song or the other players.

Right from the opening track, “As Time Goes On”, Orhan Demir’s soloing on this record overall is truly superb. On the first track Demir also allows a lot of room for the bass of Neil Swainson and the drums of Barry Elmes to interact, while still showcasing extremely busy guitar playing.

Both Demir and bassist Swainson are nothing less than fantastic on “The Way I See You” and “In Favor”, as they cross swords here. In fact all throughout the album, underpinning, embellishing and occasionally driving the thoughtful yet always powerful playing of Orhan Demir is a subtle, most musically-inclined rhythm section.

They pull off small miracles of delicacy and touch throughout, as they stay in contact with where the genius playing of Demir, moves from bar to bar. Demir is a busy yet thoughtful player, his solos impeccably tasteful but surprisingly robust. On “Satellite service” he is in overdrive mode with fast and furious solos, and continues impeccably on other standouts like, “Unicorn”, “Sultans Of Strings”, “Painting on Silk” and “Windmill”, where he is at times stunning.

Orhan Demir should touch music aficionados from all generations. His guitar portrays a subtle exuberance that most musicians envy. Inspired, artistic, and soulful, Demir is timeless. His music exudes class, elegance and assurance – a flawless recording from a master of the jazz guitar craft, at the top of his game.