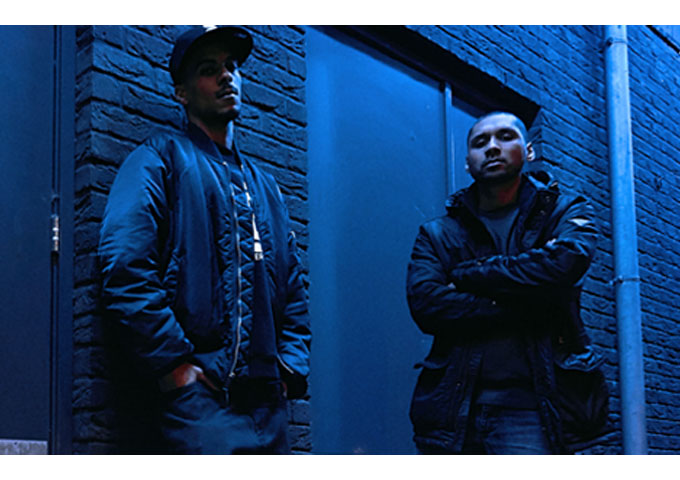 Outnumbered But Deadly aka OBD is a hip hop duo made up of Kawil & D-tech. Originally formed in 2011, OBD is based out of Rotterdam in the Netherlands. They are an antidote to the new-wave of mumble rappers, eschewing simplistic hooks and everything trendy while maintaining the fresh, frenetic sound established in nineties. The mood here is fed up, fraught and unapologetic. MCs Kawil & D-tech are fixing for a battle, and their brand new single, “A Bright Day” ft. Gual Rassi, is a potent weapon. Feeding off of each other’s energy, the two emcees are experts at wit, double entendre and the good-old-fashioned wordplay. They’re also especially adept at thrilling us with outbursts of double-time rap and delightful cadence change-ups.

Producer Kawil is firing on all cylinders, his unrelenting production paints an appropriately atmospheric background. As urgent and breathless as ever, the beat starts off on a piano motif then follows a bass-heavy and propulsive momentum. It then slides into a soulful interlude, where Gual Rassi delivers a honey smooth, acid jazz vocal hook.

This is a far cry from the Top 40 drivel we’re used to, and achieves what so many hip-hop heads, old and new, are longing for: music with a message, loud and clear. There are consistent mood switches within the song that show how much these two are comfortable with each other and devoted to developing their songs past simply rapping over a beat.

Part of the beauty behind OBD is the fact that two people from across the ocean, who on the surface would seem to have little in common with what’s happening on the bustling American rap scene can strike such a fantastic balance in their craft.

Aside from them being able to spit their asses off, the different lyrical and vocal perspectives that Kawil & D-tech offer up is so much of the appeal behind them, and they do both these things in shed loads here. At this point, the conversation is not about who is the better MC out of the two members of Outnumbered But Deadly, the conversation is who, if anyone, can rival these two as a duo.

Kawil & D-tech have become fully-fledged juggernauts on this record, never compromising, never obstructed. They are fearless and they are frank, as they tap into their original, rebellious ethos. Once again proving that it’s OBD’s rare ability to make powerful and relevant music that sets them apart from the crowd.

Outnumbered But Deadly are on the top of their game throughout “A Bright Day” ft. Gual Rassi, as they hit verses back and forth as smoothly as a ball on a tennis court. Add to the fact they turn out a smashing video shot by OBD and www.ryanrook.nl to emphasize the theme of their narrative, and you have an all-round winning package on your hands.

As much as I love writing about my appreciation for the music I love, I can really only boil this one down to – you need to hear this record immediately. OBD is setting a fantastic example of how two people should come together to grow as artists.