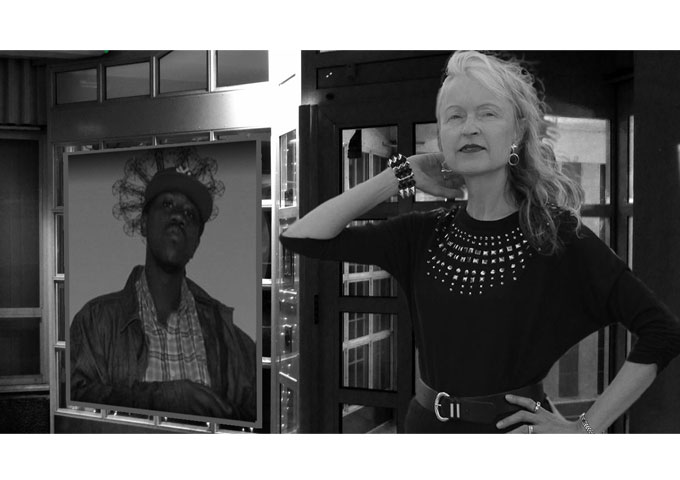 Damn, I didn’t expect this from Maini Sorri. She brings out her sexy side and her vulnerable side while maintaining a cool groove, singing the hook in “Second Chance”, her second collaboration with American rapper. Maini has delved into, explored and executed a plethora of music styles over the past years, lending her feathery toned, sky-high pitched, Jhené-Aiko-styled vocals, on tracks ranging from Hard Rock to Electronic Dance Music. This time she turns to Rap music based on an almost Eastern European, Polka sounding beat. I really didn’t know what to expect from Maini’s most recent effort except for the fact that she will always remain true to herself no matter what musical path she ends up taking. Maini Sorri is beautiful in every way that a grown woman can be beautiful. And that beauty permeates through her music. In “Second Chance” her performance is almost angelic and plays a perfect foil to Magneto Dayo’s easy-paced rhymes. He flows and she flies. Like heaven and earth, the two of them make absolute sense as the track mixes a relentless forward motion with a carefully preserved ‘electronicness’.

Eurodance, dream dance, synth, techno, polka-pop, electro-pop, rap – if you love any of these, you will love this track. It incorporates elements of all the above to create a sound that will entrance all dance and rap music lovers. The music for “Second Chance” was composed by Carsten Lehmann, while the lyrics were taken care of by Maini Sorri & Dashawn Williams. All instruments, music arrangement, mixing and mastering was done by Carsten Lehmann. “Second Chance” by Maini & Magneto Dayo is out on the Reya Music Label.

About: Maini Sorri is a Swedish-Finnish singer, musician and songwriter living in Sweden who has composed music since she was 8 years old having emigrated from Finland to Sweden as a teenager. Maini has performed her original songs in concerts as well as on radio and TV. Maini has studied piano, music theory and composing while her qualifications include a Bachelor of Arts from Musikhögskolan in Örebro, Sweden, which is now known as the Faculty of Arts at Örebro University.

About: Dashawn Dayo Williams aka Magneto Dayo, is an American rapper from Brooklyn, New York moved to Newport News, VA. He has written songs for some of today’s top Rap, Hiphop and R&B artists.