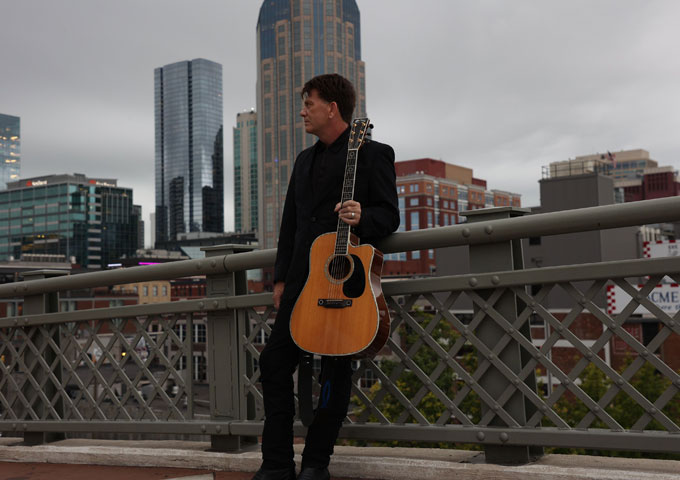 Chris St. John may have written all but one track on “Fly Away,” but a tapestry of important connections throughout his life inspired them. St. John’s wife of many years shines brightly as his muse for “My Sunrise” and “I Still Love You,” while loves from days gone by pervade “Me and You” and “Nothing Left To Say.”

On the album’s title track – its standout second single – the singer-songwriter professes his fatherly love for his son as the latter leaves for college. The track’s raw honesty paired with its relatability among parents with lyrics like “They grown so slowly but they’re gone so fast” are a breath of fresh air on the album.

As his son departs the nest, St. John looks back at his own age of innocence. Try as he might to conjure lapsed childhood joy with bright timbres reminiscent of “Graceland” on “Hey Siri,” he knows he will fail. Social media and smartphones are here to stay, along with their potential to erode happiness, personal time, and self-esteem.

St. John cannot simply harkon back to the days of his childhood, and that’s okay. As he declares in “Walk Between the White Lines,” he still has his memories. He reminisces on his youth, puppy love, and dreams as far-fetched as his imagination could stretch. However, the Long Island-native and his hometown of Watch Hill on Fire Island both grew up, the latter losing its luster as homes slipped into foreclosure.

St. John’s affinity for nature is a common motif throughout the album. There’s the more obvious love-laden scene setters – the romantic “My Sunrise,” the reminiscent “Me and You” and the regretful “Missing You” –  but then there’s “Look For Me,” a musical meditation imbued with the penned gems “A thief, the tide swindles the shore,” and “Colors swirl blue hour’s Van Gogh.”

With lush string and guest vocals, closing track “I Just Knew” cements the beauty of the album’s orchestration. St. John duets with Leah Haley for a tale of love at first sight, written by famed producer Stephen Wrench. Haley’s performance leaves listeners refreshed, as well as wishing she were a greater presence throughout the album.

From clever phrases to elegant arrangements, “Fly Away” is an album that warrants a second listen. With bonafide singles “Hey Siri” and “Fly Away” already under his belt, St. John’s lyrics can continue to carry him farther on his adventure. His mastery of love songs make for good tunes; it is his explorations of bygone innocence, however, that reveal an expository singer-songwriter well equipped to cultivate art from collective loss. – by NICHOLAS GRASSO

Chris St John has been on a roll these last two years, having written dozens of songs which have appeared on two separate albums.  His first album, I’m Dreaming, which was released in 2021, gained critical acclaim and commercial success.  The album had four chart-toppers on the World Indie Music Charts and the Official European Independent Music Chart, including “I Called You Rose,” which climbed all the way to No. 3.

Recently, Chris was in Nashville, working with legendary producer Stephen Wrench, as well as some of the finest session musicians in Music City, to record his upcoming album Fly Away.  During the production of the album, Chris released the song “Hey Siri,” which quickly hit No. 1 on the World Indie and Official European Independent Music charts and remained there for five weeks. “Hey Siri” has a playful, rolling African groove reminiscent of Paul Simon’s Graceland.  This clever, lively, and thought-provoking song focuses on the drawbacks of modern technology.

Stylistically, it’s an outlier of sorts, scratching only the surface of the deep and impactful artistry Chris showcases over the course of 13 tracks.  The diversity of the songs makes it very hard to fit Chris’ music into any one genre. His voice is velvety and clear on the album’s ballads, and heartfelt and rocking on the up-tempo songs.  His tenor voice has remarkable range and clarity, and his different vocal stylings on each track make it hard to believe it’s the same singer throughout the album.

Fly Away is set to soar.  The title track is a soulful, poetic, and powerful song about the birth of his son, John, and the times Chris spent with him from childhood through his recent graduation from high school.  He wrote the song as his son was preparing to head off to college. All parents whose children have left the nest can relate to Chris’ heartfelt lyrics: “I just held you I cannot believe it/You’re heading off to live on your own/A million hours, tears joy laughter/I treasured it all, the best years I’ve known…”