LATEST NEWS
GMT+2 02:41 AM
Home New Releases Stephen Shutters: “I Guess the Ocean Is Better on Vacation” – has a beautiful vulnerability in the music 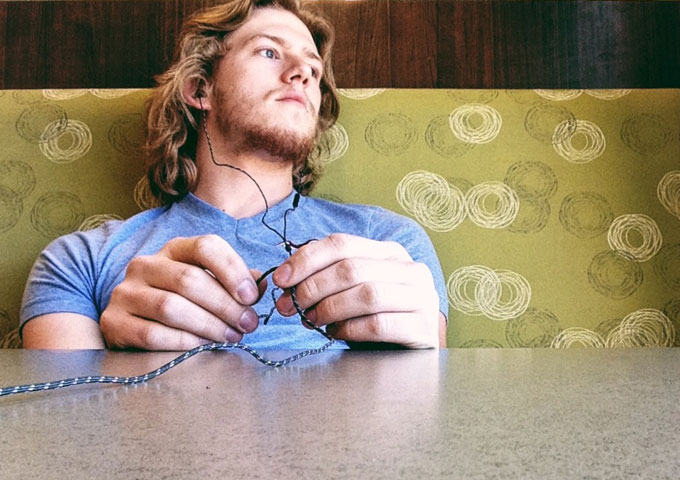 Stephen Shutters: “I Guess the Ocean Is Better on Vacation” – has a beautiful vulnerability in the music

The line between originality and over indulgence is of course a thin one but in Stephen Shutters case his ability to make his music soar is the special ingredient. Technically Shutters has released several projects since the release of “The Nonsensical Sense”, 2 years ago, but this is the first one people will truly be looking at. It’s not outtakes, remixes, a compilation, an EP, a symphony, or even the usual voice memo recorded on his phone. “I Guess the Ocean Is Better on Vacation” is an authentic, brand new, traditionally recorded acoustic-folk track with lyrics, music, and interesting cover art. This track does exactly what it needs to do…probably more so than anything else Shutters has done before.

As if he needed to do so, this track proves Shutters’ unending skill at songwriting. Do many other musicians maintain the balance between naivety, creativity and originality as well as Stephen Shutters does? I can’t think of an example.

Shutters creates an angelic sound out of an acoustic guitar that plucks and dances with a purity so stark, you’d think the angels traded in their harps for a new official instrument. His deep contemplation of life, faith and temptation, comes into fold through his music. It’s this blend of an almost spiritual and intellectual voice that sets Shutters apart from most artists out there.

His songs are stark-naked – voice and guitar – yet gorgeous in melody and texture. The ability of Shutters to gracefully articulate an emotional and personal observance is on the level of the greater singer-songwriters of our time:

“When your dam is closed
It holds all your water from me
And when it opens up
All I taste is the salt from the sea
Silence so demanding
The noises condescending
There’s no point pretending
The fish don’t shit in the deep
The heart, not the harbor
Is where all the greatest ships sink

So where then
What now” On “I Guess the Ocean Is Better on Vacation”, Shutters’ acoustic pick and strum, dominates the preponderance of the song, thus leaving room to highlight his premium compositional skills. At the most elemental level, Stephen Shutters’ songwriting is seducing and simple, along with his ability to capture and transmit a feeling of intimacy.

It is in this gentle, intimate and haunting atmosphere that his best work unfolds. He has his own style and is not afraid to tell us who he is through his music. The whole experience of Stephen Shutters is an inspiring and very meaningful one. There is a beautiful vulnerability in his music.