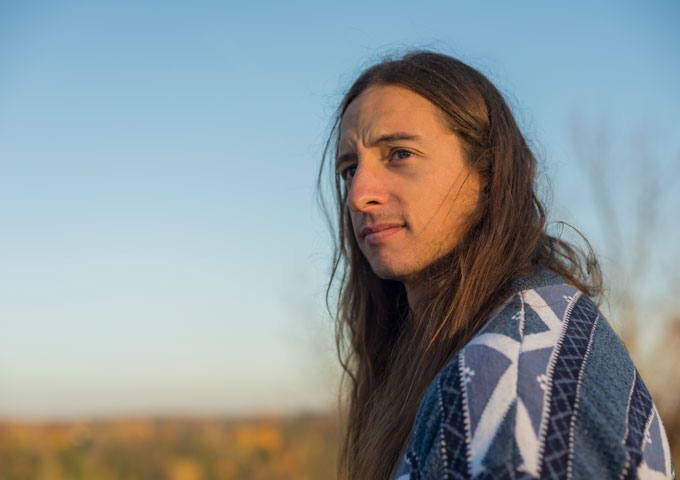 Combining soft finger-picking with hard strumming, Adam Wendler is an indie-folk-rock singer-songwriter from Goderich, Ontario. A former band member with the Fermented Oranges, who released 3 rock oriented albums, Adam released his first solo album in 2016 while spending his time travelling and busking around Europe and even New Zealand. For latest album “Never Go Unknown”, Wendler travelled to Costa Rica to write the songs. He has recently been touring in Germany after winning the ‘THE NEXT BIG THING’ in Berlin.

On the evidence of his 17 track sophomore album, Adam Wendler has the voice and the talent for song craft that would justify a place among those at the top of the singer-songwriter pile. Wendler’s soaring delivery shimmers on “Never Go Unknown”, a fine LP that represents a clear progression from his previous release.

From the opening acoustic notes of “Deep Water” to the electric flourishes of “It Feels Right”, until the closing swing of “Canadian Country Man”, Wendler evokes something ambiguously potent. There are a lot of sensitive singer-songwriters about. It’s a crowded genre where you could put all the reflective and introspective boys with acoustic guitars and heartfelt lyrics onto a roll call and fail to tell them apart.

Adam Wendler, however, seems like one of the brighter and distinctive propositions in his field – plenty of virtuoso acoustic picking and strumming and a line of sway-along balladry and upbeat foot-tapping that inspires not just murmurs of appreciation but full-blooded response. Add to that a full range voice that can reach for the higher notes with ease, and you’ve got something appetizing on your musical platter.

Wendler has plenty ear-worm material, and if you don’t believe me, instantly check out “As Steady As The rain Falls”, “The Man With the Loudest Thoughts”, “Something in the Air” and “Into The Night”. These sound like James Taylor at his grooviest best. In fact, “Into The Night”, could comfortably sit on any mainstream radio chart, with its driven beat and hooky singalong chorus.

But don’t fret singer-songwriter lovers, Adam Wendler can also pull off those beloved heartrending introspective tracks which he does so beautifully on, “Anything at All”, “Never Go Unknown”, “Follow Me Down” and “Play for Keeps”, among others. His lavish guitar picks and sweeps are redolent of the genre, while the pensive yet propulsive melodies arouse and embrace. But all the while Wendler’s lithe vocals come to the fore, leaving their indelible mark.

There isn’t a moment wasted on the record, and as it swings to a close, it’s clear that Adam Wendler has put together a captivating album in the shadows, crafting an expansive array of songs that build magnificently on his debut. “Never Go Unknown” is a superlative follow-up album that will stake Wendler’s place as one of the finest singer-songwriters currently around – be that on the indie or major label roster. Usually artists are in a position whereby they are always going to be struggling to emulate a debut or previous effort, but Adam Wendler not only managed to match his previous release, he’s actually bettered it!