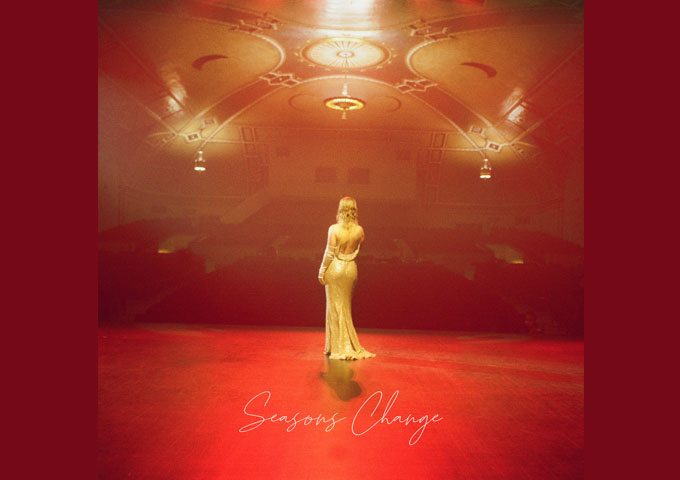 TORONTO, ON – With her first two singles of 2021 already making waves, breakout pop sensation noelle is back with “Seasons Change,” a jazz-infused track that provides the perfect soundtrack as summer cools into fall. Available today via all streaming platforms, “Seasons Change” is the third of four singles to be released by the songstress, ahead of her debut album early next year (released via Wax Records / Universal Music Canada) .

Written by noelle years ago in her bedroom, “Seasons Change” came to life when the young artist partnered up with producer Anthony Wright. Showcasing her immense talents as both a songwriter and vocalist, “Seasons Change” highlights a new sound born of noelle’s many musical influences, while perfectly capturing those feelings of first love.

“This song really shows off my passion for old jazz, one of my favourite styles of music,” said noelle of today’s release. “It’s about falling in love with someone who isn’t ready yet, even when you are.”

The video for “Seasons Change” is also out today. Filmed at the Sanderson Centre for the Performing Arts, noelle showcases her vocal repertoire while embracing a love for old-hollywood style cabaret that perfectly pairs with the jazz beat of this new track. Watch the magical performance HERE.

Raised on the Tyendinaga Mohawk Territory in Ontario, noelle’s upbringing exposed her to a vast range of musical genres, from Nat King Cole and Sarah Vaughan to the powwow drum and native wind flute of her Indigenous roots. At just 20 years old, noelle has been singing since she was barely old enough to walk. Initially finding her footing through YouTube, noelle amassed a following of 94K+ subscribers resulting from her viral covers of timeless classics and today’s biggest acts. Expressing her thoughts and emotions at her piano, noelle began writing her own music as a therapeutic form of self-expression. The artists whose words she once personalized through her covers, soon became the major influences behind her own music.

Co-signed to Wax Records and Universal Music Canada, the country’s leading music company, noelle was recently chosen as part of the Spotify RADAR program, which looks to support and grow notable, up-and-coming Canadian artists on the platform. She will continue releasing more new original music throughout the year, leading up to her debut album in early 2022.

Stay up to date with noelle

noelle is a 20-year-old emerging pop talent with a modern R&B edge. After graduating high school in 2018, noelle signed with Wax Records, and has spent two years developing her sound to create a modern blend of R&B, pop, and jazz influences.  noelle’s pop ballad repertoire harnesses the powerful contrast of the darkness she sees in the modern world. Coupling thought-provoking lyrics with melodies that will both emotionally and physically move her audience, her words remind you how it feels to experience the world and love as a teen today.

Wax Records is one of Canada’s largest and best known independent record labels. Founded in 2009 the company has built a reputation on its track record of discovering, developing and promoting young exciting Canadian talent. Home to multi-platinum artists Alyssa Reid and Virginia to Vegas, award winning instrumentalists Blitz//Berlin, chart topping rock band The Man Who, as well as up and coming acts ASHS, Owen Barney, noelle, Conor Gains, Reph and Nue, Wax continues to maintain its focus on building career artists. With strategic partnerships in place with Universal Music Group and Sony ATV, Wax has solidified its position as a player on the global stage, bringing great Canadian talent to the world.

Universal Music Canada is Canada’s leading music company, engaged in recorded music, music publishing, merchandising, and audiovisual content. Home to the most comprehensive catalogue of recordings and songs across every musical genre, UMC is committed to artistry, innovation and entrepreneurship in broadening opportunities for our artists on both the domestic and world stages as well as creating new experiences for fans. Universal Music Canada is part of Universal Music Group, the world leader in music-based entertainment.