LATEST NEWS
GMT+2 16:27 PM
Home News INTERVIEW: Scott the Pisces is a talented Pop songwriter and producer from the UK 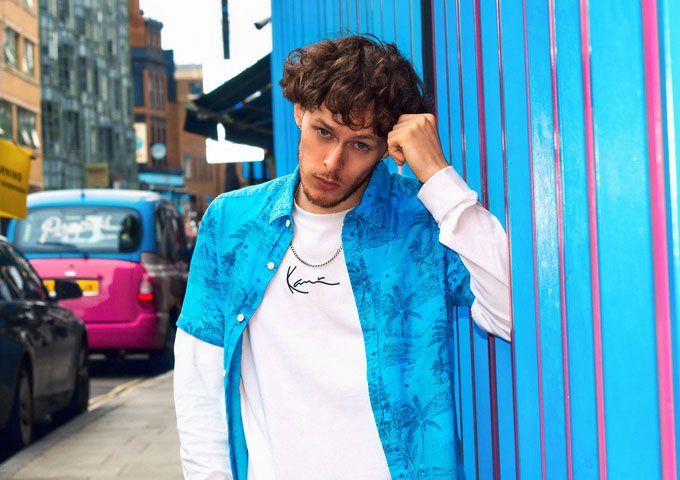 INTERVIEW: Scott the Pisces is a talented Pop songwriter and producer from the UK

Scott the Pisces, the young songwriter hailing from London, UK, has had an incredible year as an independent artist. Releasing a full 5 track EP, along with a brilliant single, and another one in the pipeline before the year ends; Scott is truly showing the world he’s ready to leap into the industry. His single ‘Crazy About You’ has been on repeat in the UK through BBC Introducing, and his debut EP ‘Ocean Blue’ has accumulated over 200,000 streams on Spotify.

How long have you been producing and writing, and when did you first realize that’s what you wanted to do?

I have been producing music since I was 13 years old, so around 10 years now; professionally maybe 6 of them. I first ever picked up a guitar at the age of 8, and that’s probably when the decision to pursue music was made. I completely fell in love with the notion of creating melodies through me.

If someone has never heard your music, which keywords would you personally use to describe your overall sound and style?

If any, who were your first musical influences, and which current artists do you listen to or respect for their artistic endeavors?

My first musical influences were all Hip Hop names at the time; Dr Dre, Kanye West, Timbaland, Tupac, Jay Z etc.. I fell in love with the rawness, the messages, the feeling their music gave, especially early in their careers. It’s cool because now I’m the age most of them began their careers. In the Pop world, superstar producers like Max Martin stand out to me as quite legendary for all their contributions over the last two decades. I listen to a wide range of music to be honest, from Hip Hop to Rock, to EDM, to Pop and Disco, I also love Drum & Bass.

Where do you do most of your recording and production work? And do you outsource any or all of these processes?

Nearly all of my work is done from my bedroom. From production, to songwriting to even recording the vocals and mixing. The way technology has advanced has made it so much easier for creatives to do what they love. I always leave mastering to my engineer who has an actual studio to tweak in. It’s important that you let a professional master your music as the environment you’re mixing in may impact how your music sounds completely different to a full studio setup; you tend to miss things because you simply can’t hear them. If I’m working with an artist who isn’t local I tend to have them record their own vocals.

Studio work and music creation, or performing and interacting with a live audience, which do you prefer?

At this moment in time I really prefer music creation, being able to write a legacy in music that will be here long after I’m gone. I do love the live aspect, being able to connect with a crowd of people, it’s a magical experience but it’s also a lot of work to prepare.

Could you describe your creative process? What do you usually start with – lyrics or music – and how do you go about shaping these ideas into a song?

It depends on the day, sometimes a lyrical idea will come to me and a song will manifest from that. Other days I start with the music, then sing melodies over the top until words fit the phrases. When it comes to production I usually start with the drums as everything tends to fall around the groove. Once I have a rough idea, I’ll record a demo myself and send the vocal demo to an artist. If they like it, they’ll record it and I’ll mix it all to perfection. I have a very particular ear for things, similar to an OCD, which means things out of place really stick out to me. I like to think of it as “Dr Dre perfectionist syndrome”.

What are some of the most important tools or elements you use in creating your distinctive sound?

Blending synthesised layers with real world instrumentation / environmental effects. In nearly every song I’ve released, there are real world sounds in the background. They could be ocean waves, birds, rain, thunder; all elements which subconsciously shape the mood of the song. In terms of writing tools, using that solid pop structure in which each section has its own vocal melody really helps bring the song together. It’s like giving the listener an easy listening experience while still providing them with a great song. They have an idea of where they are structurally without feeling lost.

With more and more musicians creating and releasing music on their own, what are your feelings on how the music business works right now with all the digital platforms and streaming services? Do you have particular ‘likes’ and ‘don’t likes’ on the subject?

Part of me absolutely loves the ease and access we all have to release our music, and the other part of me hates the fact anyone can upload straight to these platforms. There’s so much terrible music out there now, which doesn’t have to pass the bar of quality for it to get onto platforms such as Spotify. The market becomes saturated making it even harder for good artists to break out. In terms of the business, it’s a lot more profitable for independent artists than it’s ever been. If you’re unsigned and release music to streaming platforms, you are getting a way higher share of royalties than if you were on a label, which is great if you can market yourself well. The internet changed everything about the business.

What would you consider a successful, proud or high point in your endeavors so far?

Relaunching my entire artist brand and image under the new name, everything I’ve accomplished this year as Scott the Pisces has made me feel hopeful for the future. It was a scary endeavor for me to give up the ‘Spectrum’ persona, especially after reaching a million streams on Spotify, but it was a change that was needed for the sake of brand awareness.

Do you consider the Internet and all the social media websites as fundamental in building a career in music today, and what is your personal relationship with the new technology at hand?

Absolutely, the internet has brought with it so much opportunity for creating a career in any field, particularly music and the entertainment industry. All it takes is for you to go viral on TikTok for a major label to approach you about starting a music career, it’s wild to me. As someone who’s dedicated a lot of my life to working on my craft, it can be quite frustrating seeing someone who’s made themselves famous from a 7 second video suddenly having an overnight career in the industry. I personally have avoided using the platform. I like what Instagram has to offer, especially with its new features like ‘Guides’ which allow you to write out content which connects with your fans better. I just wish they would stop degrading the algorithm, everyone’s reach has become a lot smaller. Thanks to the internet I’ve been able to teach myself how to use photoshop to create my own artworks, and so I’ve been self sufficient in creating them for all my releases.

Could you tell us something about your latest release, and where fans can find it?

My latest release is my new single ‘Crazy About You’ featuring RAENE. It’s a summer pop dance record and it’s out on all streaming platforms. If you have Spotify then I really do appreciate you clicking the save button and adding the song to your playlists. Spotify tends to have the best algorithm for showcasing new music to a wider audience and so I primarily focus on that platform. You can keep up to date with everything I do by following my Instagram!

Connect with Scott the Pisces on Instagram: https://www.instagram.com/scottthepisces/ and Spotify: https://open.spotify.com/artist/2DDeXyYS2MziEuQpVhO4Hc